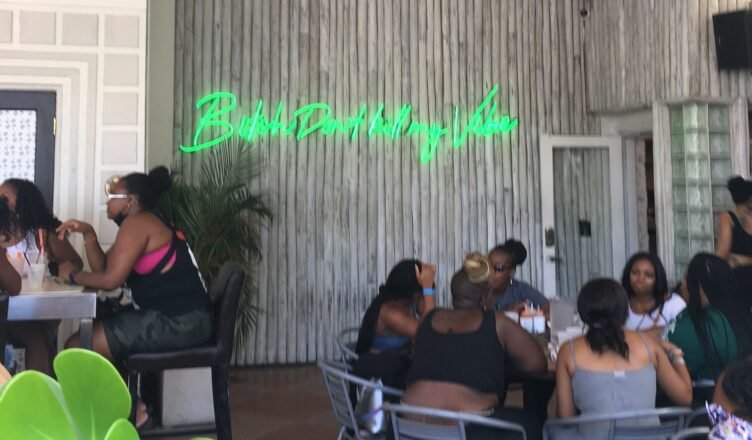 Sometimes I like to walk around South Beach and eavesdrop on snippets of conversation. I’m constantly amazed in the brief moment where someone walks by me how many f bombs can be thrown about. I assume most of this dialogue shouldn’t be taken too literally, or else there is a secretly severe epidemic of people fornicating with their mothers in this country.

On a recent stroll around 10th and Collins Avenue I noticed this passion for vulgarity has spread from people’s mouths onto storefronts in the neighborhood. First there is the charming Midtown Creamery at 1030 Collins Avenue which in neon lights proudly advertises, “bomb-ass ice cream”. 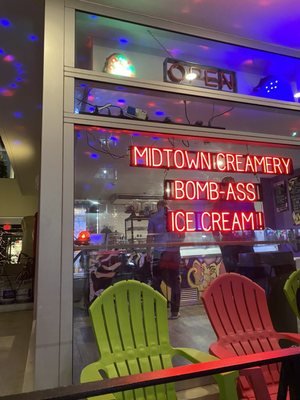 I like to think that at some point there has been some foreign tourist visiting Miami Beach who tried to translate that slogan into their smart phone.  In this scenario, “bomb-ass ice cream” was translated as “diarrhea ice cream,” and those tourists quickly ran in another direction for fear of the dreaded “bomb-ass”.

But Midtown Creamery is a paragon of subtlety compared to their neighbor at 1001 Collins which is charmingly named “Bacon Bitch”.   Bacon Bitch’s website proudly proclaims, “The moment you walk up to the host stand you’re greeted with a ‘Hey Bitch!’ Once seated at your table your server will ask you if you are a Hungry Bitch or a Thristy Bitch & there is no doubt you will be a Loyal Bitch that will keep coming back for more!”

Throughout the restaurant are neon wall signs reading, “bitch don’t kill my vibe” and sure enough every employee refers to you as the b word whether you’re coming or going. It seems there is a great demand for this kind of name calling, as there is a line down the block of people waiting to have brunch at this place (in spite of not even a week ago WPLG reported Bacon Bitch was shut down on July 20 for breaking 25 health code violations).

What will be next for this intersection?

Maybe we can expect a Dick’s Sporting Goods to open up soon?