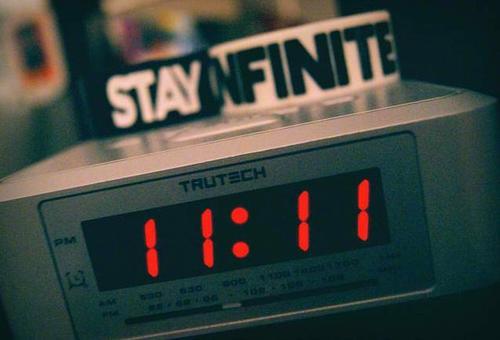 First and foremost, believing 11 11 is lucky is a superstition. There’s no science behind it. It’s not a fact. It requires faith, very much like religion, which may be why some call it an angel number.

Still, many make a wish when they see 11:11 on a clock. Others pause and reflect on the moment. Although not super-stitious, we are a little-stitious and decided to look into exactly why 11 11 is lucky.

11 11 is a sign of synchronicity. When four numbers are aligned with each other, this is in sync. Synchronicity is generally seen as a positive sign, a symbol indicating thoughts, actions and interactions are flowing and almost ordained. When things are in sync, like thinking about someone and then seeing or hearing from them, or, having a dream, for it to occur later in time.  This is a sign the universe is working just like it should.

Call it God’s plan, if you will.

Higher Self or Power

Some believe 11 11 is also a portal or tunnel into a higher power. One. It’s that simple. The proverbial “one.” The chosen one. Is it in yourself? One, like the article “I” in linguistics, referring to one person, you. Is it God? The big and capital One? Is it a connection to your one and the other one: “I” and “I” as Rastafarians like to believe.

It could be all of that.

Known as “the war to end all wars” it killed and wounded more than 40 million people.

If you didn’t know, that is also the reason why November 11th is Veteran’s Day in the United States, a national holiday with banks, schools and all federal employees off from work.

View all posts by J.J. Colagrande →
Support The Jitney on Patreon! We run no ads for a clean user experience. But The Jitney needs gas. Please donate or become a Patron here