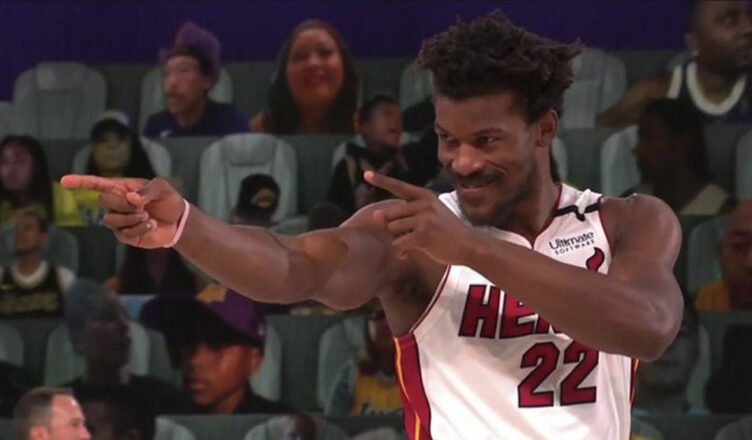 My boy Javi texted me, “Yo, you comin to the watch party?”

I was like “Fo’ sho’. You hitting Tootsie’s or Booby Trap?”

Javi set me straight. He wasn’t talking about no strip club. “No, bro. 2021 Miami Heat season opener is Wednesday.”

I thought he was playing . Wasn’t it just like yesterday when that pinga LeBron cheated and beat the Heat in the Finals?  But I did some research and Javi was right. Christmas is coming early and the Miami Heat are hitting the court December 23 to beat down the Orlando Magic.

As the expert of all things Miami Heat I owe it to the people to drop some knowledge on what you can expect this season.

The only thing stopping the Miami Heat from breaking all the records is COVID. This Heat team so badass nobody going to stop them. Only reason they ain’t winning 80 games this year is because the NBA scared they gonna make the other teams look silly and the league cut the season down to 72 games.

First off you got the MVP Jimmy Butler. You watch them Finals? If you did you got to see the best player in the world. Jimmy scoring 40 points, dishing out sweet assists, stealing the rock from them Lakers, then he smoked a cigarette and done it again.

How about  the Dragon, Goran Dragic, the point guard from some place where they don’t speak English?  Homie was straight money in the playoffs. Driving into traffic, taking clutch jumpers. If them dirty a$$ Lakers didn’t stick a thumbtack in his shoes Heat would have beat them in the Finals.

When I get that hard hit off the gravity bong, I always say, “Bam”.  That mind state makes me think how Bam Adabeyo play the game. Flyin high not making any sense.

I’m going to pour out a 40 for Jae Crowder and Derrick Jones Jr. They left the Heat and gonna miss out on history. They be like the Pilgrims who didn’t get on the Pinta or the Santa Maria.

There’s some talk about the Heat getting James Harden. Whatev. He wants to hop on the ride to get himself a free championship ring.

Bro, I get so hyped talking about this Heat, I’m telling Javi we got to go to the game cheer our boys on. He like, no man, they ain’t letting fans in the arena. They don’t want anyone else watching coronavirus.

See, them Heat are smart always thinking about things. They don’t want to get our team sick. so me and Javi just going to watch it at his pad with 27 of our boys and their crews.