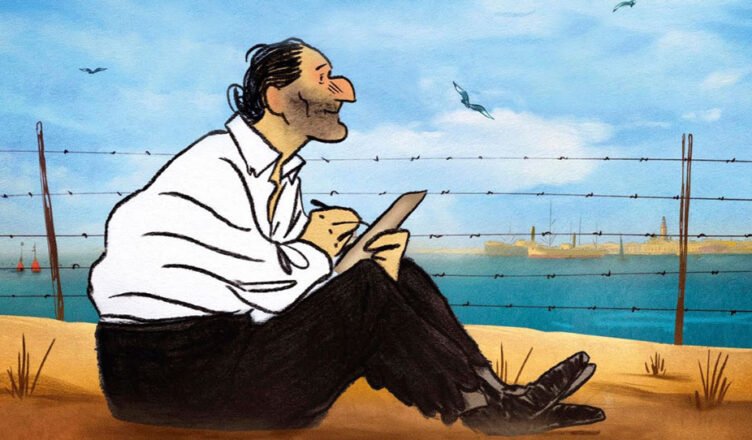 With movie theaters still among the least desirable places to go, the 2021 Miami Jewish Film Festival is doing something cool for this year’s program. From April 15-29, the festival will make over a hundred movies available to stream for free to anyone around the world. As a member of the critic’s jury and as a moderator on a couple of their virtual panels, I had an advance look at much of the selection of the 2021 Miami Jewish Film Festival. Here are my unsolicited thoughts on some of those movies.

I’d never heard of John Cohen before watching this 90 minute documentary, but man, did he live a fascinating life. Not only was he a musician who palled around with Bob Dylan, not only did he take famous photographs of all the famous beat poets and New York folkies, but he also was a bit of an adventurer, travelling through the Appalachian Mountains and Peru to document forgotten cultures.  Different Johns is a bit dry at times, if you can’t get through a typical PBS documentary without reaching for your tablet you probably won’t have the attention span for this, but for patient viewers this movie shines a light on a life well lived.

This Hebrew language documentary also features a musician you’ve never heard of. This time it’s Charlie Megira, the man who wanted to be the Israeli Elvis. He never found that level of adulation, but over the decades he collected a cult following for his rock and roll. If like me you enjoy documentaries about outsider musicians like The Devil and Daniel Johnston and for Rodriguez in Searching for Sugar Man, this is the movie for you.

You’ve probably never heard of Josep Bartoli either. The artist was imprisoned in a French concentration camp after fighting on the losing side of the Spanish Civil War. If you think once you’ve seen one concentration camp movie, you’ve seen them all, Josep serves as a breath of enlightening air. It’s a cartoon and in the tradition of the great comic book Maus, Josep shows unlikely artforms can make the horrors of war appear even more vivid. It’s a beautiful and powerful movie for those who don’t mind watching their cartoons with subtitles.

Tomorrow, When the Apricots Bloom

Who knew there were so many obscure subjects worthy of documentaries? This distinctly titled movie introduces us to the Frenkel Brothers, three guys who pioneered animation in Egypt in the 1930’s.  Their most famous creation, Mish-Mish Effendi, is described as the Egyptian Mickey Mouse, but their cartoons are much more reminiscent of The Fleischer Brother’s Popeye and Betty Boop cartoons.  When the documentary focuses on the animation and the lives of the long since departed brothers the movie shines.  As a pop culture junkie I couldn’t get enough of the footage of their cartoons. But unfortunately much of the film’s running time is spent talking with the Frenkel Brothers’ much less interesting surviving descendants rather than discussing their art.