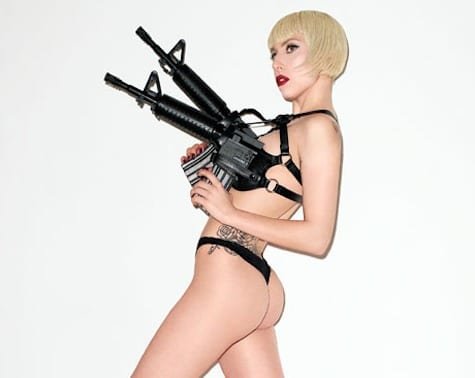 A Star Is Born. The words fade in slowly, quietly, filling the screen with a bright-red font. Lady Gaga stands among the words singing, lit by L.A.’s street lights. It’s an attention getting title card that also acts as a declarative statement. Obviously, it’s announcing her as a serious actress. Less obvious, it’s a declaration from co-star, co-writer, and first time director, Bradley Cooper: this film will not be anonymously directed. Cooper tries to make something special, and in some respects is successful, but the movie comes up a little short in the end.

Even if it weren’t a remake  A Star Is Born would still feel familiar, a story of star-crossed lovers and the highs and lows of their relationship.

This is the third remake of A Star Is Born. Previous versions starred  *deep breath* Barbara Streisand and Kris Kristofferson in the ‘70s; Judy Garland and James Mason in the ‘50s; and Janet Gaynor and Frederic March in the ‘30s. This version finds a music superstar who sounds  like The Allman Brother Band. Would people today flock in droves to a modern Allman Brothers?

Jackson Maine (Cooper), depressed lonely, and alcoholic, darts into the nearest bar after siphoning all of the alcohol in his post-concert limo. Jackson ends up in a drag bar where the final performance is from Ally (Lady Gaga), the only woman allowed on stage. Smitten after she belts out a powerful rendition of “La Vie en Rose,” Jackson meets her backstage where their chemistry is immediate. In a nice move, director Cooper favors tight close-ups here, with attention drawn to their incidental touching, and point-of-view shots that have the actors looking directly at the camera, bringing a palatable intimacy and emotion to these scenes.

Getting to know each other over a long night, Jackson realizes Ally is not only a talented performer, but a talented songwriter as well. He pushes for Ally to perform with him, and when she eventually does, she’s thrust almost immediately into stardom. The initially happy couple continues their relationship while touring, but while Ally’s career rockets, Jackson’s  plummet and his addictions get a hold of him.

Bradley Cooper Does Some Solid Directing in A Star Is Born

From its opening moments, Cooper uses his cameras and sound design to put you into the shoes of the characters. With hand-held cameras and fish-eye lenses, he captures the energy of performing on stage, the immensity of the crowds, the mind-bending prospect of being in front of so many people. The sound mix is deafening, the roar of the audience and the deep throb of the instruments shake the seats.

As a sensory experience, the movie packs a punch. The rest is a little less successful. The first hour or so plays better than the second. In relationship melodramas such as these, I always prefer the first hour, when the couple meets and everything is fine, to the last hour, where the relationship, in one way or another, disintegrates.

But that first hour works well enough. Some scenes go on too long, some too quickly and sometimes the geography isn’t established as well as it should be. Cooper’s sophomore status as director shows. But he brings a patience to the movie and, unexpectedly, a good amount of humor as well. It’s unforced and crops up naturally, derived from the film’s hang-out vibe, finding interest in conversations and savoring smaller details. Before being intimate with Jackson for the first time, the camera follows Ally into the bathroom where she “freshens” up by quickly rubbing a damp washcloth under her arms and her crotch. It’s these details that make the movie more grounded, more lived in.

And that second half, where the relationship becomes rockier, is handled decently, at least in the sense that it’s not all hysterical fighting. The see-sawing of their relationship doesn’t become too repetitive or too annoying (emphasis on too). The one big argument between Jack and Ally devolves quickly into idiotic insults and mocking, the way fights in real life do. Cooper, channeling Eddie Vedder, does let his mumbling do too much of the dramatic weight lifting sometimes. Having said that, he does have moments (clearly aimed a Best Actor Oscar highlight reel) that really work.

Lady Gaga Hides her Poker Face in A Star Is Born

But what about Lady Gaga? Does she deliver? In many ways, yes. Absolutely. She’s invested in her scenes and vulnerable in her emotions, using her expressive eyes to convey her feelings. Though in an odd move, Cooper leaves in two moments where she flubs a line and tries to save it by calling attention to it. And while I’m probably one of the last people to realize this, she really can sing, and the scenes where she does are often chill inducing.

As a character, Gaga disappears a bit. She’s often draped over Jackson’s shoulders, more like a groupie, a hanger-on than the equal in a relationship. She does have some facets to her personality. She isn’t just the pretty, perfect morale booster for Jackson. She’s quick to anger (even punching a rude “fan” at one point), and she has a need for approval. But as the movie continues, those facets begin to disappear. As she’s subsumed by the corporate nature of the music industry, so is her personality.

The movie is a little clunky. Cooper and co-writers Eric Roth and Will Fetters work to make the characters’ decisions logical, explainable, but when one character makes a serious, fateful choice, it seems spurred by one conversation, rather than an accumulation of events.

There’s good stuff here. The acting, the music, the style (there’s no background score, for instance, but the movie is never austere; the music is always bleeding over from concerts and rehearsals by the main duo). But something is missing. A theme reiterated throughout the movie is having something to say to go along with how you say it. I enjoyed the how in A Star Is Born, but I’m not sure all that much was being said.