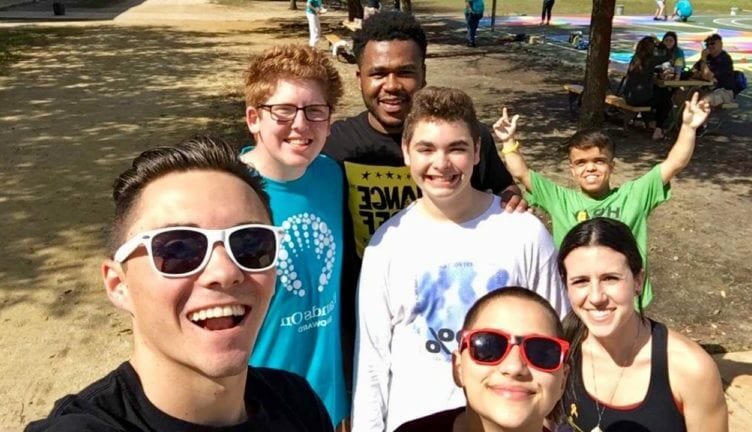 As a veteran filmmaker and 21 year resident of Parkland when PBS asked Linda Corley if she wanted to film something about the tragic shootings at Marjory Stoneman Douglas High School, she jumped on it. “We embedded ourselves in the town from the time of the tragedy to the one year anniversary,” Corley said.  The result is After Parkland: Healing a Community and a Nation which will be having its world premiere at Fort Lauderdale International Film Festival on Monday, November 11 at 4 p.m.

Though she now lives in Deerfield Beach, Corley spent two decades in Parkland raising two children who went to Stoneman Douglas High School. Her connections with the community didn’t make producing the documentary any easier. “I assumed as a Parkland resident I’d be more trusted, but I had to prove myself. Getting people to talk initially was tough. They went through a bad time and all the different stages of grief. It took a while to get them to open up and allow me to follow them in their grief and activism on a daily basis.”

While some survivors of the shootings became household names, Corley opted with After Parkland to spotlight  activists who hadn’t received as much media attention. “We live in a society where bad things happen and and we don’t do anything about it. This shows how a small town came together and made a change. The people of Parkland weren’t going to just let this happen and go quietly. They never wavered. We interviewed a psychiatrist who said some people when faced with tragedy don’t get PTSD, they instead get traumatic growth which catapults them into activism.”

The screening of After Parkland at Savor Cinema will have Corley and her co-director Joel Kaplan, in attendance along with screenings of two other short documentaries about Parkland. If you can’t make the screening, After Parkland  will also be showing on public television in January of 2020.

After 30 years of creating documentaries focusing on art and history, Corley said After Parkland is the work she’s most proud of. ” Human nature is a new subject for me. It was a joy being a filmmaker and watching humanity at its best, It offers hope out of something terrible. “This process influenced her next project which deals with the aftermath of Hurricane Dorian. “I was on the first vessel to Grand Bahama two days after the hurricane. It’s going to be about a group of heroic people who brought humanitarian aid and brought some survivors back.”

Documenting people striving for heroism is something Corley said she could get used to. “It feels good to make hopeful films.”