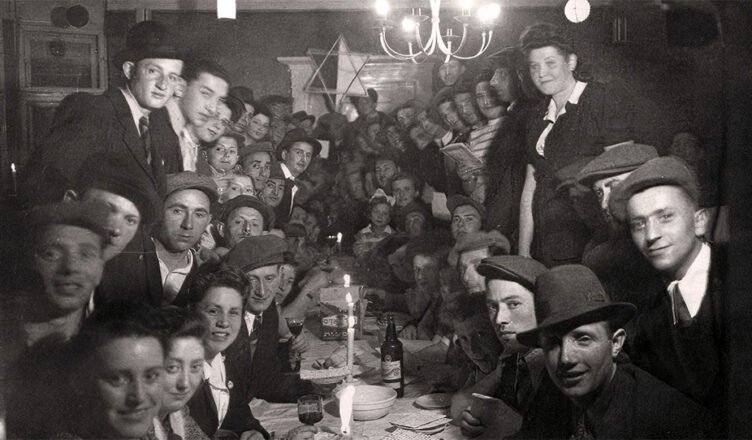 Against All Odds: Surviving the Holocaust  is my second film about the Holocaust. It was four years in the making. I dug deep into the psyche of four incredible South Florida heroes and present their stories with imagery and emotion.  What I heard were stories so unique, that I committed to not allow them to disappear. I was particularly moved by the stories I heard about what it was like for those living outside the concentration camps, how dangerous it was, and what these survivors had to do to survive. This film is considered “evergreen” since it will be just as relevant 100 years from now.

The film kicks off with Gerald’s story.  Gerald lived in an integrated neighborhood in Berlin, Germany where he was eventually hidden by non-Jewish neighbors.  He worked in Nazi headquarters!  Next up is Ryszarda, one of only 800 survivors that spent the entire Holocaust in Lodz, Poland, a city of 265,000 Jews.  Then there’s Walter, one of the last Jews to escape Vienna, Austria then Budapest, Hungary, where he ended up on the very last train of Jewish children to Israel.  The fourth Survivor is Anita, one of only 200 survivors that had lived in Lvov, Poland, a city of 165,000 Jews.  Virtually the entire populations of Lodz and Lvov, Poland were deported to extermination camps.

The film is a treasure that must be watched.  By hearing each story firsthand from the survivor and having their words illustrated with mostly historic pictures and videos, a fantastic musical score and encompassing sound design, the viewing experience comes alive.  Viewers will connect with each of the survivors.

I am delighted to be featured in the Miami Jewish Film Festival, one of the most robust festivals in the country, and the largest Jewish Film Festival in the world. The fact that these survivors are residents of Sunny Isles, Boca Raton, and Delray, Florida makes this especially compelling.

Against All Odds: Surviving the Holocaust makes it world-wide premier January 14, 2022 at the Miami Jewish Film Festival.  For free tickets, go to miamijewishfilmfestival.org or call (305) 503-5182.

Paul Bachow is an Aventura resident. His first film, A Journey into the Holocaust, is used in 47 states to teach Holocaust education.