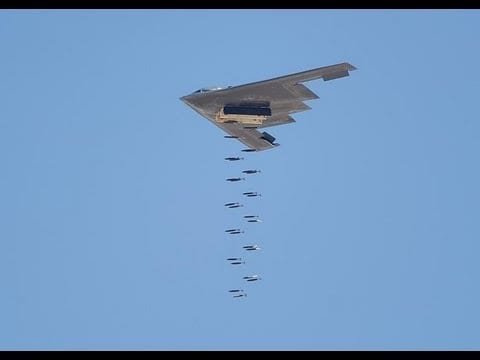 Memorial Day was originally intended to remember and honor those who  died while serving in the United States Armed Forces.

Someone forgot to send that message to the City of Miami Beach. Anyone upset that people forgot the real meaning of Christmas, don’t tell them about the Hyundai Air & Sea Show returning to the skies of South Beach for a third annual celebration fetishizing war over Memorial Day Weekend. The event’s website proudly proclaims an “impressive aerial show of America’s military might”.

The Air & Sea Show started a few years ago when Miami Beach’s commissioners decided they wanted “alternative programming” to Urban Beach Weekend. Yeah, Urban Beach Weekend can be a drag for Miami Beach residents. The beach gets trashed with Wet Willie plastic cups, there are a bunch of fights and the occasional partier defecates in the bushes outside your apartment, but as your Grandmother said “two wrongs don’t make a right”.

On a weekend when we’re supposed to be memorializing those who fell in war, we instead have a show glorifying the instruments of war brought to you by Hyundai.

Sure, the armed forces is voluntary and the military needs propaganda like this to recruit, but couldn’t they hold off for another weekend?

Isn’t it in the worst taste to show off war ships and a freaking Stealth Bomber as though they were fancy toys instead of instruments of mass destruction when we should be pouring one out for those that made the ultimate sacrifice?

On any weekend the supersonic fighter jets flying overhead puts the fear of God in animals, small children, and veterans of America’s misadventures in Vietnam and the Middle East suffering from PTSD,  but it seems especially inappropriate on a weekend meant to remember the awful cost of war.

But hey, Flo Rida will be performing there too. Maybe he’ll put some gravitas into the occasion.