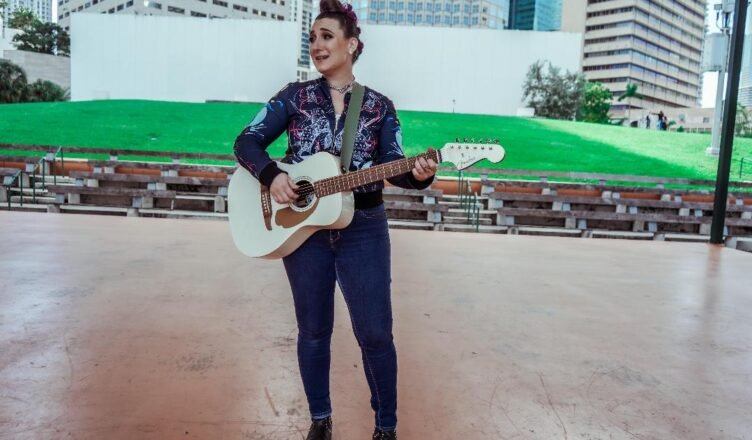 Where were you born?

Alexa Lash: I was born and raised in North Miami Beach, Florida. I lived there or Aventura most of my life until I left for college.

What is your very first musical memory?

I remember finding a bunch of cassette tapes in my grandparent’s house (I lived with them until I was nine) – and at around that age I would go into this large room at their house and play them loudly and dance and sing. One of the ones I remember dancing to was “Going to the Chapel” by The Dixie Cups.

Did you formally study music?

Besides chorus in elementary school? No. I didn’t start actively pursuing music until about five or so years ago. Everything was karaoke or spoken word set to the melodies in my head.

Who were your early influences?

I listened to a lot of 80’s and 90’s music with my mom. I loved Queen, Meat Loaf, Blondie, Madonna, No Doubt – and sang them all loudly in the car with her. And actually, before that – I was raised in a Jewish household – so I remember the songs from the holiday, the deep and impassioned songs that told stories of sadness and miracles. Those were a pretty big influence, too.

Who do you listen to today?

A little bit of everything, but most of it is a conglomeration of music other people have shown me, or send me to listen to: so it’s been things like French pop, Postmodern Jukebox, Bright Eyes, Metric, TV on the Radio, Jesca Hoop, Tune-Yards – and the list goes on. I also listen to a lot of my friends’ music – so anyone who’s released music from the people I’ve met in Miami and open mics across the nation – they’re all on my playlist.

What inspired Sage and Wine?

The song “Sage and Wine” was inspired by deep conversations with my girlfriends. Talking about toxic relationships, and commiserating over wine while we saged my apartment of all the, well, of all the shit – of all that negative energy that comes with a person who doesn’t just break your heart, but almost makes you forget who you are. The song is about cleansing your life of the bad because you know you’re amazing. That no matter what a person does to try to tear you down, you’re opinion of yourself is the only one that matters. The whole Sage and Wine EP is the story of love, heartbreak, and self-forgiveness.

Is this the first Alexa Lash record? If not what else have you released?

This is my first solo release. And there’s more coming! I’ve released a demo album with my former band, November May, a few years ago, but we never released any music on the major platforms – and most of my music never made it past SoundCloud.

What was it like recording at the Shack North Studio and Rehearsals with Ferny Coipel?

Ferny is such a wonderful human being. I was so nervous recording – I don’t have a ton of confidence in my guitar playing. Ferny was not only patient with me, he was encouraging, and really made me feel like my music was something special, worth being heard, worth being recorded. I know it seems like I’ve got it all together, that I think my music is the cat’s pajamas or whatever the comparative phrase would be. But I’m incredibly self-conscious of my music and my writing. And working with Ferny, even now, has been steadily making me feel more and more like the rock star I want to be.

Where was Sage and Wine mixed and mastered?

Ferny handled the mix – and I actually had the EP mastered by Little Cheddar Studios out of New York. I met them in a social media engagement group, loved their quirky and funny posts, their clear passion for the craft, and their content. And the offer has been extended to record with them whenever I’m finally able to get up North when things are safer.

What made you start “Creatively Undistanced”?

A desire for community and to give people a place to gather and talk and share their art. And selfishly – I missed the open mics I used to attend in Miami. Some of them tried to go virtual – but honestly, the pandemic made it really difficult. I had the time, and the ability – so I decided to just…try. I started it in April – and with the help of another local musician, Quiana Major, we’ve kept it going up to now.

Learn more about her at linktr.ee/alexalashmusic.