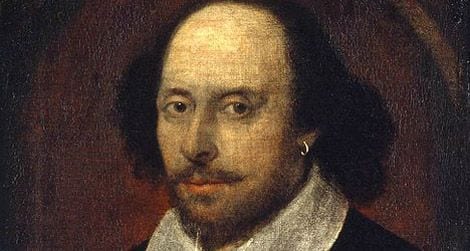 If the title hadn’t already been taken Kenneth Branagh could have called his new movie Shakespeare in Love. But since a movie by that name already won an Academy Award he had to settle with the less telling title of All Is True. But All Is True is not true at all. Rather it is an imagined chronicle of what Shakespeare was up to when he returned to his hometown of Stratford during his final years and why he never wrote again after the burning of the Globe Theatre

If anyone alive has a right to create a fiction about Shakespeare it is probably Branagh. He has directed and acted in countless adaptations of Shakespeare’s plays. It seems only fair that he fulfills his obsession with the playwright by portraying the man himself and creating a life for him that could only be described as Shakespearean.

The movie starts off about how you would expect a movie about Shakespeare to go. Many of the shots are painterly compositions of the English countryside and the pace is very, very slow going. If you have patience, however, the film rewards you with characterizations and performances that old Willy himself would probably appreciate.

Branagh’s Shakespeare is a witty, dapper, yet flawed man. That is if you consider loving too much a flaw. He has a zest for gardening and would like nothing more than a grandson. But life is not all a bed of roses. He desperately mourns the passing of his young son who remarkably was  actually named Hamnet. There is drama and a secret or two behind his son’s death, giving the characters a richness and depth that your former English professors kept lecturing to you were also present in King Lear.

All Is True is not for those with attention deficits, some scenes definitely meander. But it leaves you with a sense of irony that a man who so desperately wanted to leave behind an heir, had to settle on his words being what outlived him and (whether you appreciate his words or not) will eventually outlive us all.

Especially if Kenneth Branagh has anything to say about it.