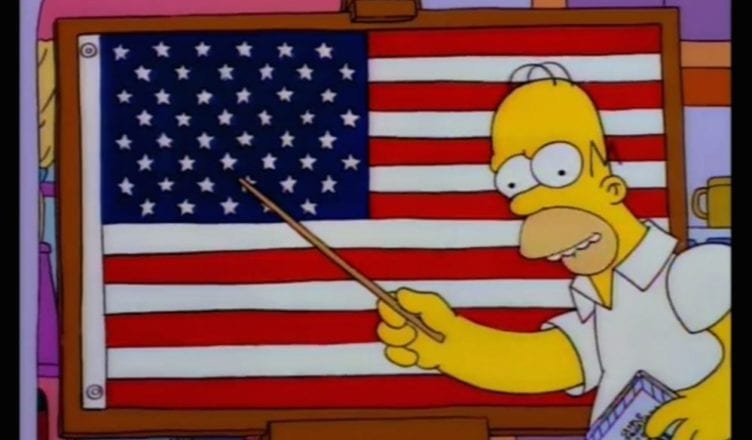 Every semester I ask my first year college students: How many of you expect to earn more than $100,000 per year. Every semester almost every student raises their hand. I laugh, it’s funny.

And then I begin to ask questions. Do you know what the unemployment rate is for college students fresh out of college with a bachelor’s degree? They guess five, maybe ten percent. I tell them fifty.

How about the percentage of non-family households who earn more than one hundred thousand dollars a year? Five percent.

There are no hundred-thousand dollar jobs. And before I offer the solution, I explain to my students, step-by-step, why there are no jobs. It’s all common sense, old news, yet rarely discussed in context.

Millions of jobs once performed by man are now done by machine, or have been devastated by the Internet. Sectors of our economy, like Manufacturing and Publishing, industries that once thrived are now struggling to keep people employed. CNN recently ran a story about the floor of the stock market — once hustling and bustling in the eighties — today the floor quietly hums to the tune of Supercomputers, executing trades faster than the speed of light.

The Miami Herald moved to the suburbs, blowing up the building they’ve housed since 1963. They are so understaffed — they survive off the sweat of interns, undergraduates to boot. Technology has made our lives so much easier and faster, but it hasn’t come without a cost: millions of jobs.

Similar to the rise of technology, science has advanced more in the last 100 years than in the previous 4,000 years combined. People are living longer! Of course this is a good thing. But not if you’re looking for a job. More and more people aren’t retiring. And why should they? Fifty-five is the new seventy. If you retire at 55, what are you going to do with the last thirty years of your life? In addition, if you’re lucky enough to earn a 100K job per year — do you think you will make it right from the start? It takes awhile. And why would you give it up once you’re there?

The system so embedded in the DNA of the American Dream — a free market mentality promising social mobility and competition. A system that in the 20th century mightily triumphed over communism, socialism and, of course, dictatorships and fascist regimes. A system that feeds every Fortune 500 company on the planet, and all of our 401(k) plans, a system that ultimately cares about one simple thing: profit. If a company can make more money, they will. Don’t be silly. Why wouldn’t they? If companies have to outsource jobs (by the millions) to China, India, Turkey, Brazil, so be it. Cheap labor equals a stronger bottom line. It’s common sense. I tell my students to look at their phones (since everyone can’t put them down for two minutes) to see where they’re made: China. And I ask them to take off their sneakers to see where they’re made: China. Outsourcing is just another reason why there are no jobs in America.

Civil Rights for Women and Minorities

The touchiest irony of the 21st century landscape is civil rights. The hard-earned justices that were so rightfully earned for both minorities and women — the long, enduring civil rights movements that culminated in 2008 with the election of President Obama (and if wasn’t an African American, we would’ve had our first woman) have only made the playing field more and more competitive. I tell my students — and this is a bold statement — in today’s era, to use gender or ethnicity as a reason for failure is an excuse and lazy. The same opportunities exist for every person, regardless of gender and ethnicity; the problem is there are fewer opportunities.

In one of the most difficult eras in our nation’s history — at a time when we need leadership and expedited, clear-sighted vision more than ever — our politics are absolutely gut-wrenching. We can’t get anything done. Nothing. Between antiquated filibuster rules, complicated wonky cloture policies in the Senate, a divided Congress, Citizens United, special interest groups and lobbyists, and an election cycle that never ends — thanks to the media — we can’t get anything done. What needs to happen for leaders to agree on common sense?

We’re supposed to be a country of American Exceptionalism. A country molded from a tough we-can-do-it attitude. A spirit that lifted us from the Great Depression — through hard work, teamwork and sacrifice. We defeated Nazis — women wiggled away from patriarchal assigned gender roles and built tanks and bomber planes. And post-war, during the Fifties, through manufacturing and a hardening of the industrial military complex, we were truly exceptional.

But somewhere along the line, American Exceptionalism morphed into American Entitlement.

When mentioning entitlement, this does not mean welfare, social security, Medicaid, food stamps — safety net programs — entitlement refers to an attitude, a false swagger, if you will.

It’s funny how Americans want riches without working for it.

One can blame reality television. You can point to stars like Paris Hilton and Kim Kardashian who’ve become famous basically through sex tapes. You can point to our modern day social networking lives with a vain ethos of: follow me, re-tweet me, tag-me, upload-me, me, me, me.

You can also point to the size of our military — we spend more on defense than every other country in the world combined. That gives us a superiority complex. You can also point to culture: our sports, fashion, music, and film industries are exported around the world, making us look and feel cool. Our sense of American entitlement comes from all of these, plus a work ethic that deteriorated sometime during the eighties. There was a whole generation — children and grandchildren of Baby Boomers — who were basically spoiled and given everything they wanted.

The consumerism of the eighties created the apathy and entitlement of the nineties, which only deteriorated into the Millennials. We are at a time in history when we need to be truly exceptional; we need the same we-can-do-it spirit that lifted us from the Great Depression—we need to work harder than ever and we need to realize that we are not entitled to anything.

Yet we’re nowhere near there. We’re lazier than ever. And it’s only getting worse.