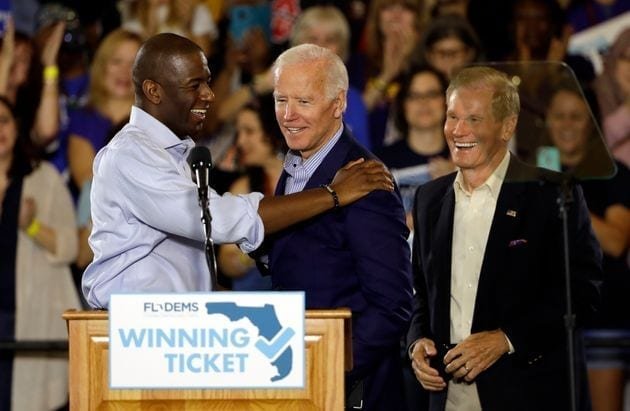 Andrew Gillum, 40, unfortunately for Democrats, is the most recognizable Democrat in Florida, the most important swing state in the country.

4,043,723 Floridians voted for the progressive Democrat for Governor in 2018, a race he barely lost. Gillum could’ve run for Senator, or Governor again, and now, it all appears ruined. And in his most embarrassing moment, he might’ve thrown away more than a legacy.

What happened? In case you’ve been distracted? On Thursday March 12, right in the middle of a breaking pandemic, Andrew Gillum was caught in a bizarre scandal. He was busted in the swanky Mondrian hotel on South Beach with a man overdosing on meth.

Andrew Gillum, married with three kids, was too “inebriated” to talk to police who responded to the overdose. Gillum, according to the police report, was throwing up in the bathroom, incoherent.

There were three bags of crystal meth found in the hotel, which is apparently not a crime when cops are called during an overdose.

According to Florida’s Overdose Defense, the person overdosing or assisting an overdose is “immune from prosecution.”

Gillum claims he was not on the drugs, only alcohol, no arrests were made, therefore no drug testing facilitated. We’ll never really know.

Media contracts are usually annual, which means he likely renewed a month ago. This Sunday night, March 15, Andrew Gillum announced he is entering rehab and laying low from the public eye, although no media yet exists on his current CNN contract. They’re kind of busy.

Although it is true no one should be judged by only their worst hour, this is arguably a death sentence for the rising Democrat’s political career. The hypocrisy would be glaring for him to contribute to the progressive movement. His point of view on anything moral would be rendered moot and counter-productive at this point.

Such an important point in time too! The absolute worst time for a scandal, on the eve of the Florida primary, in the middle of a public emergency. In a state likely to be hit hard by the pandemic, and a state swinging more and more to the right, Andrew Gillum certainly didn’t help leaders on the left, up and down the state’s ballot.

Gillum probably feels really bad right now and that sucks, but man, so do the 4,043,723 Floridians who voted for him.