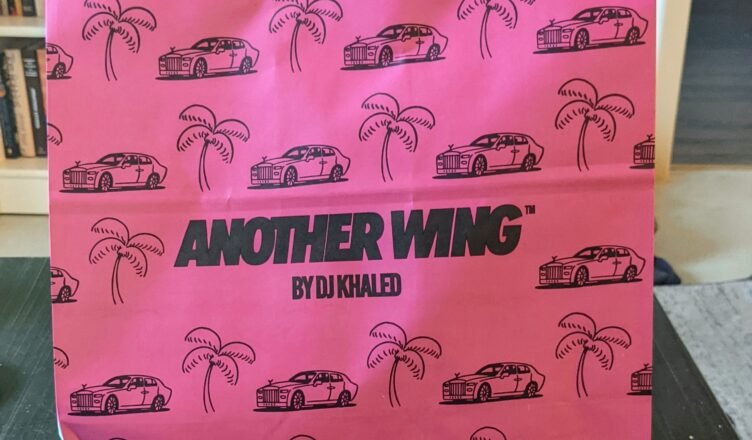 We usually stay away from reviewing food on The Jitney but we do deliver culture. And Another Wing by DJ Khalid, basically a new wing joint in Wynwood, is indeed Miami culture. It was one of Colin Jost’s first jokes last night on SNL.

Back in Miami. It’s a Sunday afternoon. A lady friend and I are watching football. We wanted wings. I opened up Postmates to order from Hurricane Grill & Wings.

To witness Another Wing by DJ Khalid being offered on the app seemed serendipitous.

Whoever designed the menu? Winning. 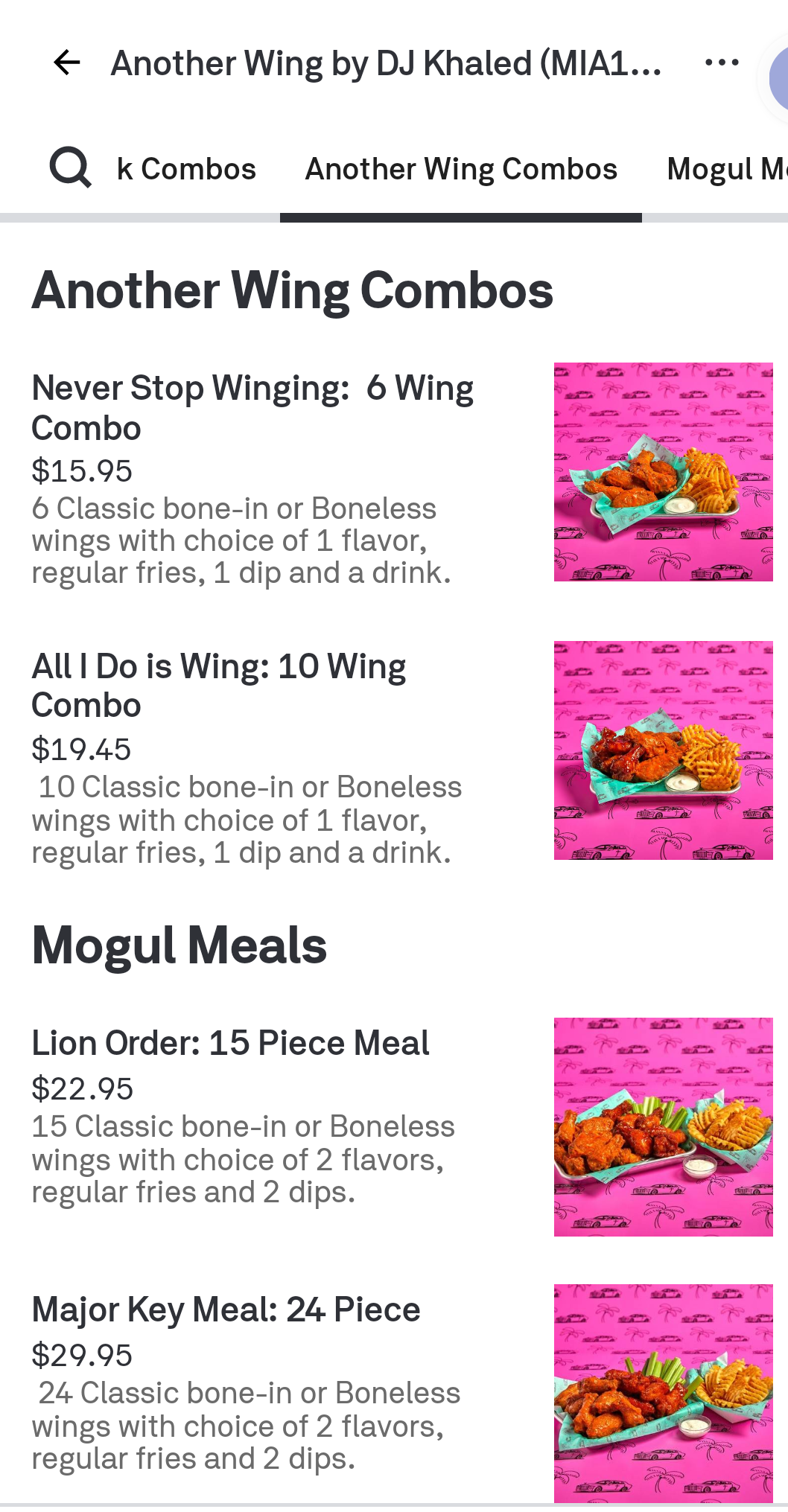 We appreciate good puns and this menu drips with them. All I Do Is Wing? Shut-up, that’s good.

So we order a bus-load of food just in time for the 4:15pm games and chill. The food arrived surprisingly fast, like in 30 minutes. Winning.

Whoever designed the bag?

As seen in the featured photo, the pink and light blue bag with palm trees and pimped out Rolls- Royces, is also dripping with swag.

We were so stoked.

And this is when things turn very Miami, very fast.

We take the food out of the bag and prepare to dig in just as the Packers and Seahawks kick off for a mid-November game.

“Is there another bag?” says my friend.

“They forgot one of the fries and all of the sauces.”

“All of the sauces?”

“All of the sauces.”

“And the ketchup too.”

Okay, no ketchup, no blue cheese, no honey mustard, no fries, not the end of the world, right? I mean, you know, that’s asking a lot, right? Yeah, sure, totally.

Another Wing by DJ Khalid Food

We had the buffalo chicken and the lemon pepper chicken.

We ate like 25% of the buffalo chicken and threw away the rest.

The lemon pepper chicken was better.

To their credit, the portions were huge. It’s just that it’s fast food quality. Like McDonalds, maybe a bit better, but not as good as Chick-fil-A or Popeyes.

That’s a low bar for a restaurant.

But then again, it’s so Miami.

On the outside, super beautiful.

On the inside, a little nasty, dirty and cheap.

You know, if you listen to Rick Ross (who once told us he never read his own autobiography but would wait for the movie) there is a wing shortage in America, due to current supply chain issues. And as a result, he’s going to thighs.

Maybe Khalid should have done the same thing.

not that bad but proceed with caution