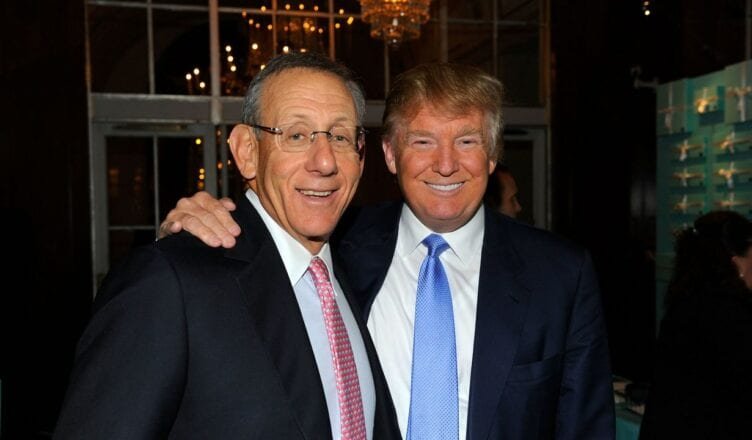 We admit we’ve been harsh on Miami Dolphins owner, Stephen Ross, even if he deserved it.

This past off-season though, it seemed Ross finally learned from his mistakes. After a decade of turning our once well run hometown football team into a forgotten afterthought his new management regime made some smart trades. Fans could go into the preseason with hope of a brighter future. But then Stephen Ross had to do what he always does.

This week it was reported Stephen Ross has decided to hold a $250,000 a plate fundraiser at his house for Donald Trump’s reelection campaign. Big deal, you say. This is a free country. People can support the political candidate of their choice.

Except just last year news leaked out that the Miami Dolphins would suspend any player who kneeled or protested during the National Anthem. Ross’ reasoning for this policy that the player’s union later forced him to back away from? He believed players shouldn’t be mixing football with politics. It was too divisive.

Yet now barely a year later this football owner is loudly and expensively supporting the most divisive figure in politics, Donald Trump.  LGBT  groups have called for boycotts of Ross’ other businesses like Equinox Fitness and SoulCycle. But what are left leaning Miami Dolphins fans to do?

If sixteen years of football ranging from mediocre to awful hasn’t gotten you to quit the Miami Dolphins, it’s going to be hard to take that action out of principle.  I’ll still be watching Sundays on TV. I can’t seem to get out of this abusive relationship. But I’ll be damned if my dollars indirectly go towards Trump by buying Dolphins tickets. I’ll even have to forego purchasing that Ryan Fitzpatrick Dolphins jersey.

It’s a shame Ross had to go such a clumsy route to get me to agree with him that football and politics shouldn’t mix. I don’t know Miami Heat owner, Mickey Arison’s political affiliation, nor did I know who former Dolphins owner, Wayne Huizinga, voted for. For all I know Joe Robbie could have been a card carrying Communist.

But Stephen Ross let us all learn a portion of every Miami Dolphins ticket and merchandise will go towards reelecting Donald Trump.