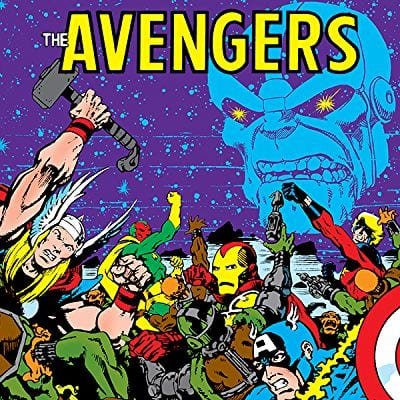 There are a lot of movies coming out this April, anchored by one of the biggest releases of the year. What follows is a handy primer for the nationwide releases coming this month, peppered liberally with my hot takes when appropriate.

The Best of Enemies- Fact-based drama starring Taraji P. Henson as Ann Atwater, a civil rights activist who butts heads with Sam Rockwell’s C.P. Ellis, the head of a local Ku Klux Klan (IMDb informs me that his title was “Exalted Cyclops”…If they weren’t so vile, I’d laugh) over desegregation in 1971 North Carolina. The two enemies form an unlikely friendship with Ellis reconsidering his views. Between this and his Oscar winning turn in Three Billboards Outside Ebbing, Missouri, Rockwell seems to be cornering the market on playing reformed racists. I like a good find-common-ground-and-reform-the-asshole movie, but this’ll probably be ham-fisted and full of itself. So, Green Book II.

Pet Sematary- This second adaptation of Stephen King’s horror novel of the same name involves, among other things, a killed pet coming back from the dead, with things only getting worse from there. Yeah, I’m out. I’m a wuss, but even King has said the book is excessively dark. If he thinks it’s too much, how am I supposed to manage? Now, King has given this adaptation a thumbs up. Of course, he also said positive things about that awful Dark Tower movie, so take his words with a grain of salt. I’m skipping it. Let me know how it is.

Shazam!- This is more my style. A comic book movie starring the infectiously fun Zachary Levi. Warner Bros. hopes this is the next step in the recovery of its DC superhero movies, which picked up steam with Aquaman’s domination of the Christmas box office last year after the relapse that was the woeful Justice League. This one looks fun, if unspectacular. Billy Batson (Asher Angel…when actors’ names sound like comic book characters’ names, you know we’re in trouble) is a normal teenager who receives powers from a subway dwelling wizard (Djimon Hounsou) that activate by uttering the film’s title, transforming the boy into a super man (this is where Levi comes in) in (glorious, red) tights, who can fly, shoot lightning bolt, etc. Warner Bros. seems to have faith in this one. Apparently, they’ve been sneak peeking it for a couple of weeks now and reactions have been quite positive. Here’s hoping.

April 12:
After- And this is so not my style. After is an adaptation of a popular young adult book (part of a series, apparently) written by the photogenic Anna Todd. The books are inspired by Todd’s obsession with One Direction, with Harry Styles serving as the inspiration for the series’ main character, Hardin Scott (Hero Fiennes Tiffin…I feel like I just made that name up). A dark romance between an innocent college girl and a mysterious (read: prick), brooding (read: dull) boy, this looks and sounds like 50 Shades of Grey for teenagers. Color me severely uninterested.

Hellboy- Mike Mignola’s Hellboy comic book is rebooted again after Guillermo Del Toro’s 2004 effort (which included a subsequent sequel four years later). Neil Marshall, who’s done some interesting genre films including The Descent and Doomsday, directs this time around, with David Harbour from Stranger Things fame taking the reins from Ron Perlman as the titular anti-hero. Marshall’s done a lot of TV work recently, including great work on a couple of standout Game of Thrones episodes, the battle-heavy “Blackwater” and “The Watchers on the Wall”, so the action here should be solid. And Marshall never pulls punches when it comes to gore, so this will definitely not be a watered down affair. But I don’t know, the trailers look a little generic with a ton of not terribly convincing CGI.

Missing Link- This is the latest stop-motion animated movie from Laika studios, which brought us such marvelous films as Coraline and Kubo and the Two Strings. Featuring the voices of Hugh Jackman, Zach Galifianakis and Zoe Saldana, this looks like a fun road trip movie in the vein of the classic Bob Hope and Bing Crosby buddy pictures from way back in the day. Galifianakis voices Mr. Link, a mythical creature discovered by Jackman’s Sir Lionel Frost, a buffoonish adventurer who tries to reunite Link with his ancestors. The animation, as always from Laika, is absolutely gorgeous, and it looks genuinely funny to boot. I’ll suffer a kid-packed screening for this.

Little– An inverse riff on Big, Little has a cruel adult (Regina Hall) turning into a kid again to, ostensibly, learn to be a better person. Always great to see Insecure’s Issa Rae again, who costars here, and I’ll admit, much to my surprise I actually laughed twice during the trailer…and thoroughly hated myself afterward. This is a hard pass for me.

April 17:
Breakthrough- Just in time for Easter comes this Faith-based film starring This is Us’ Chrissy Metz and Topher Grace about a town coming together after Metz’s son falls into a frozen lake and subsequently into a coma.

April 19:
Penguins- Latest documentary from Walt Disney’s nature imprint. They like to release one each year around Earth Day. I’m not sure what this one’s about. Lions, possibly?

The Curse of La Llorona- Horror movie starring Linda Cardellini with children endangered by a malevolent spirit. Apparently, this one takes place in The Conjuring universe.

April 26:
Avengers: Endgame- Here’s a little movie no one’s been talking about. Kidding. Obviously, most of the known universe is waiting with bated breath for this conclusion to the last year’s Infinity War, which saw half of the universe, and much of Marvel’s super heroes with it, wiped out, obliterated. I like how little has actually been revealed about this movie’s plot. Oh, people are trying to figure things out and spoil everything possible before it hits theaters, but what’s the fun in that? All we know for sure is that the surviving heroes, Captain America (Chris Evans), Iron Man (Robert Downey Jr.) and Thor (Chris Hemsworth) among them, are going to try to somehow undo what uber-villain Thanos, who doesn’t even show up in the trailers as far as I can remember, wrought in the last film. Like most of you, I can’t wait until this purportedly three-hour finale comes out.