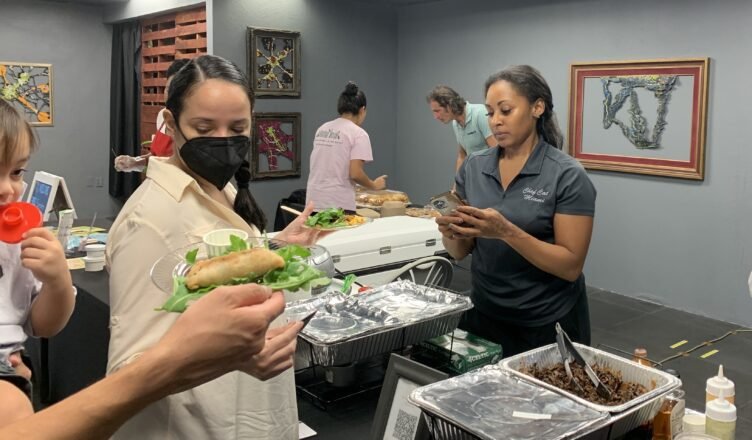 Among the plant based vendors selling their foods on Saturday, September 10 were  Copy Cat Foods, Rutina Verde, Earthlybites Catering, and Evri’s Ice Dream. The plan is for this to be a semi-regular Saturday event at the gallery with a rotating assembly of local vegan chefs. Each cook is encouraged to have a limited menu of perhaps three items, so each time they come they can present a new menu

This past Saturday I got there at noon and was able to sample food from three of the cooks. From Copy Cat Foods I purchased oyster mushrooms in a jerk sauce with mac and cheese for $10. They also had a vegan rendition of chicken and waffles for $7. 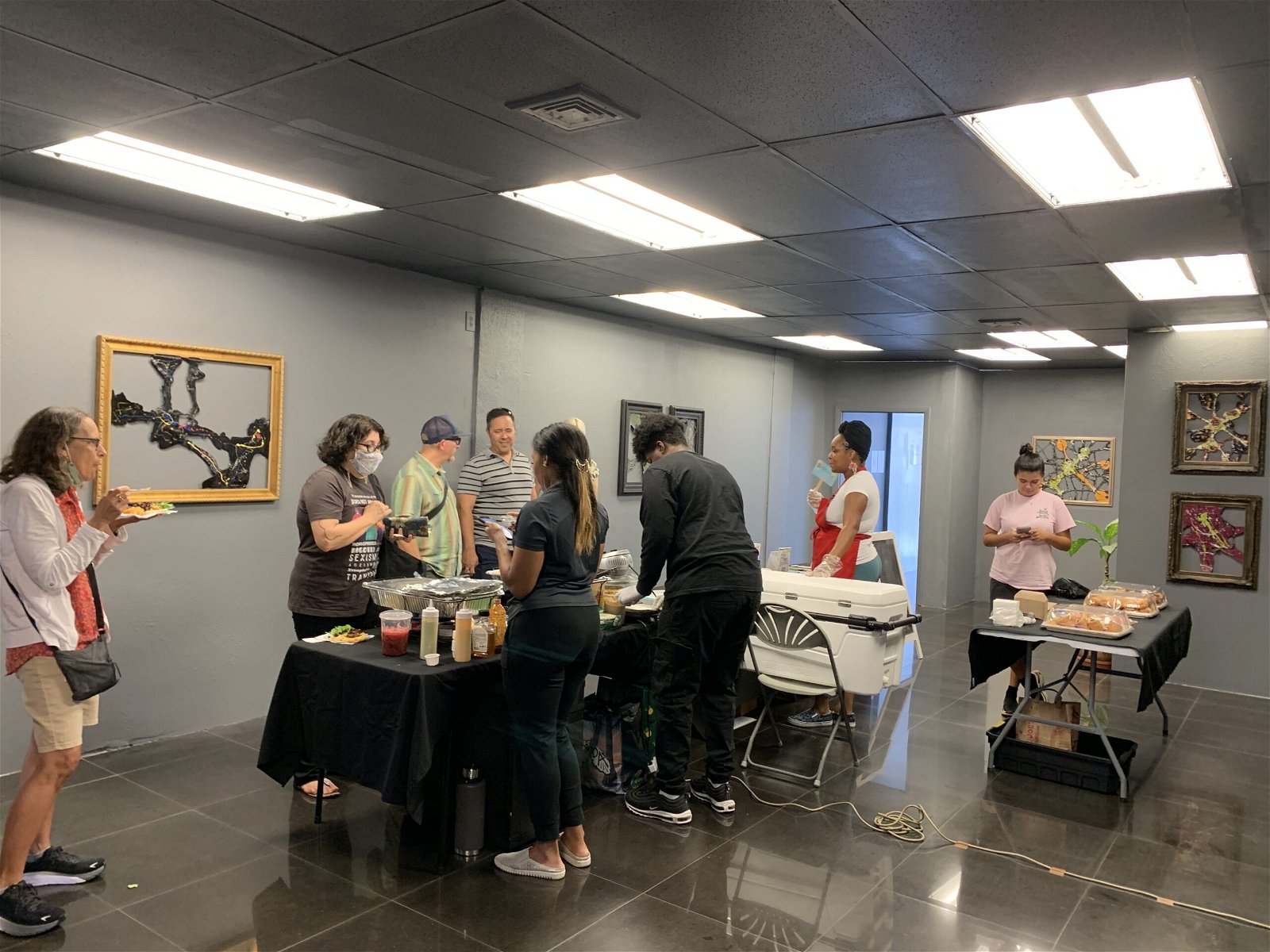 Rutina Verde offered a variety of Venezuelan baked goods ranging in price from $7 to $10. I tried the cachito, which went for $7 and was a long roll stuffed with a vegan version of ham.

Finally for dessert I had a couple samples from Evri’s Ice Dream. The vanilla was great. I also tried a sample of their berry ice cream. They offered ice cream dosed with cbd as well, but I decided I would use the rest of the funds in my wallet to get some non-cannabis vegan ice cream for my nine year old daughter. So I got a cup of their chocolate flavor that is dubbed Righteous Road. It cost $5.50 which included sprinkles and a pack of dry ice so the ice cream could get home unmelted.

I left before Earthlybites catering had set up. They were planning to sell vegan tacos and loaded fries.