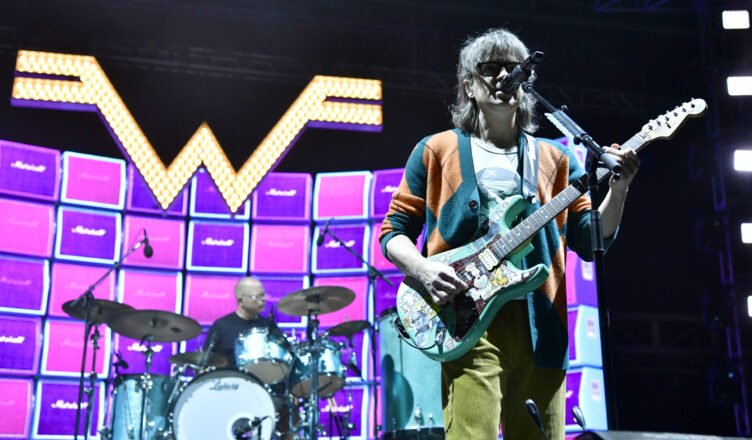 The inaugural Audacy Beach Festival kicked off South Florida’s cultural season with a kick-ass weekend of blockbuster bands on the beautiful sandy beaches of Ft. Lauderale. With the weather just right, the beach light pristine, thousands enjoyed a blockbuster lineup including the likes of Glass Animals, Twenty One Pilots, Weezer, The Lumineers, Lil Nas X, Steve Aoki and so much more.

Formerly known as the Riptide Festival, the Audacy Beach Festival was tons of fun and good vibes for sure. But that’s not to say the festival was without its hiccups.

Also, and ironically, Audacy, who promotes themselves as an “audio universe of discovery” had sound problems during Weezer’s Sunday night headlining set causing a twenty minute disruption. Not a big deal.

But the biggest hiccup of the festival, according almost unanimously to the dozens of people we spoke to, many of whom came from as far as Portland, Oregon, were the short set-times of 90% of the bands.

Every band, except for The Lumineers, Weezer and Twenty-One Pilots, played for only 30 minutes. We clocked Lil Nas X at nineteen minutes.

All in all, 22 bands played the two-day festival.

Event-goers bounced like a ping-pong ball from the Beach Stage to the Riptide Stage, back and forth, traversing thousands of steps in the sand. We clocked in at 20,000 steps per day (about 8.5 miles of walking).

Besides the extra cardio, and the award show / talk show / SNL like appearances of so many of the acts, everybody was basically cool with it.

For many of the bands, this was their last gig of the year.

Glass Animals, Steve Aoki, Walk the Moon, Tai Verdes, and Cannons absolutely killed it. Modest Mouse, Lil Nas X, and AJR phoned it in a little. Really hot bands right now, like Girl in Red, Milky Chance and Willow, were hard to catch because they came on so early, like 1pm.

Regardless, the Audacy Music Festival was an absolute blast during a weekend where South Florida was dripping in cultural activity from West Palm Beach to Miami Art Week and Art Basel.

What a gift to have this festival return after a year hiatus.

It’s our favorite, second only to III Points.