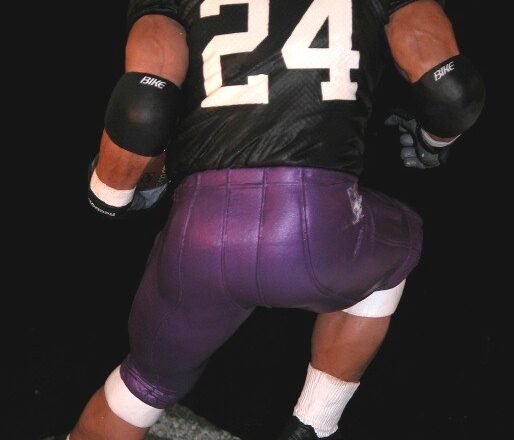 We met Aurin Squire on opening night of his wonderful play A Wonderful World — a full blown musical chronicling the life of Louis Armstrong. It’s a great play that belongs on Broadway. Miami doesn’t normally debut world premiere plays that belong on Broadway.

That’s changed and it’s not surprising Aurin’s pen wrote it.

Aurin Squire is from Miami. NW Dade to be precise. In an area near the football stadium he remembers as being filled with “sand dunes that stretched for miles.” A graduate of North Miami Beach High, he soon left Miami Dade for Northwestern.

Aurin applied for the Ivy Plus school because he watched a football game on ESPN. A team wearing purple came on the tube. The running back was named Darnell Autry.

And off of a hunch, he applied for the school because they had a running back with his middle name.

That is a great story, and an even better one to describe Aurin.

Some people go-with the flow — others tune into it.

Identifying the signs in the universe takes work. As does acting upon them.

Aurin Squire Does the Work

A practicing Buddhist, a die-hard Miami Heat fan, a Juilliard grad, a devoted son, an-award winning playwright and television scribe, Aurin Squire is a prolific creator who can navigate multiple platforms and universes. His catalog runs the gamut.

Confessions for a Cocaine Cowboy, a true crime play.

This Is Us, a family drama.

A Wonderful World, a musical and biography.

We asked Aurin if there was a genre that he was drawn to?

“It has to involve a dark sense of humor…I love things that are more social and political with a sardonic undertone. I don’t like things that are too earnest. Things that end in hugs. It’s too icky, too sugary. If you are going into the world to deliver medicine, or a lesson, it should be a lesson that I am learning. It should have some levels, some humor.”