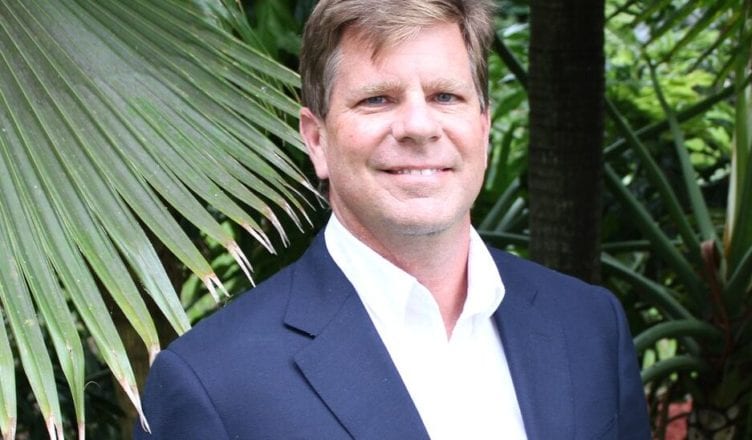 Although South Florida based author James O. Born fiddled around with writing as a college student at Florida State, it wasn’t until he worked in the Drug Enforcement Agency that he committed to  the writer’s life. “Crime novels sounded stupid after working in that field. Everything was larger than life in books. I thought someone should write something more realistic.” After serving as a technical advisor to legendary crime writer Elmore Leonard,  Leonard gave Born all the encouragement he needed to put pen to paper.

To say Born has been prolific, is an understatement. He’s published crime books under his own name, co-written novels with James Patterson and Lou Dobbs and even written a few sci-fi novels under under the pseudonym James O’Neal. He’s got three books alone, scheduled to come out in 2019. “I never take a day off. I’m an outdoorsman so I’ll go to the beach to run or swim just about every day, but I always write. It takes me about nine months to write a book.”

While he can’t find a single complaint about his collaborations with James Patterson (their newest as-yet untitled book will have the Michael Bennett character travelling to Europe on a case), Born is especially proud of his early solo crime works.  Walking Money and Shock Wave, both found sales and large acclaim, but Escape Clause  helped him breakthrough critically winning the inaugural Florida Book Award for Best Novel. “Those early books are the most personal. I like people to start with them. They’re set in Miami and I find a way to put friends in the books and little pieces of South Florida in them.”

Born said his formative years in West Palm didn’t provide much source material. “People ask me if I have dark secrets. I like to say I was born in Palm Beach where nothing bad ever happens.” But even if his hometown isn’t generous with inspiration, he’s happy to give back to the community by appearing March 2 at Literary Feast 2019 in support of Broward County Library Programs. He says he’ll keep his part of the discussion light, fast, and truthful.

One truth he’s learned now that he’s worked on novels all these years, is there’s a reason why many crime novels are unrealistic. “Nothing happens in real life. Everything (in a novel) is imagination. In real life (law enforcement) things go well more often then they go bad. In a crime novel something’s got to go bad.”