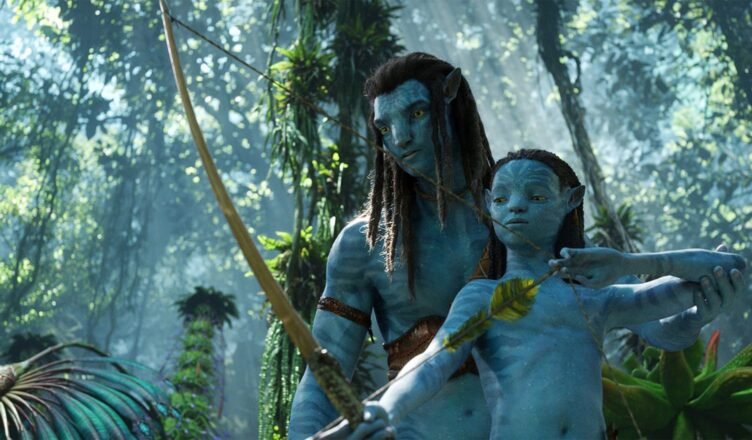 Avatar: The Way of Water isn’t really a movie. It’s the three e’s: It’s an event, an experience, and it’s exhausting. The question of whether it’s any good is almost irrelevant. You’re just expected to go see it.

The sci-fi sequel to the original Avatar, which is still the highest grossing movie of all time, took 13 years to reach the screen, cost a shit-ton of money (how much? Let’s just say it will have to gross more than its record-breaking predecessor just to break even), and arrives with enormous, breathless anticipation. That’s what happens when the director of two back-to-back highest grossing films of all time (Titanic was the other one) comes out with a new special effects epic.

As I walked into the recent screening of the second Avatar, I could almost feel director James Cameron’s presence — or his iron grip, tomato/to-mah-to. Rarely are we lowly critics treated to screenings in the plush Dolby Atmos theaters with those comfy leather chairs that electronically recline. Rarer is a 3D movie with a pristine projection of the film. (Yes, in an unfortunate throwback to the late aughts, the second Avatar is still presented in 3D. I’m happy to report, though, that trucker hats and belly chains have not made a similar comeback…yet.) But there I was, totally comf and enjoying a bright, dazzling picture that wasn’t ruined by the clunky 3D glasses we had to wear, and that’s all due to Cameron and his considerable clout; he made damn sure we cinematic peasants had the best presentation of his film as possible.

And that’s the thing. Right now, the new Avatar: The Way of Water is all about the presentation. And on that level, the movie truly is something to behold. The line between real and digital has never been this thin. Most of the characters are digital creations, but they’re so detailed and move with actual weight that you honestly do forget that they’re computer generated (based on actors’ performances in motion capture suits, to be fair). Whole action sequences played out between two such creations yet that feeling that you’re watching two plastic balls bouncing around the screen, which happens so often in special effects heavy movies of late, never once crept in.

The same can be said for the “locations.” As far as I know, almost all the settings and backgrounds are wholly digital as well. They are spectacular, all heavy foliage and shimmering water, alien but grand. One of the best things about the movie is that James Cameron, who has made his fair share of nature documentaries, sits back and allows these settings to breathe, to be shown off in their glorious detail, much like one of his underwater documentaries.

The presentation isn’t all good news, though. In an effort to, I believe, combat the motion sickness that a 3D presentation can engender in viewers, Cameron elected to film Avatar in a variable framerate. That means some scenes are in a regular 24 frames per second format, which is the cinematic look that we’re used to, while other scenes are filmed at a higher frame rate, which gives them crispness and reduces the jittering motion of a lower frame rate but also flattens the image and speeds up movement, lending an unintended comedic effect. What’s worse is that Cameron doesn’t just change the frame rate from one scene to the next but actually from one shot to the next within a scene. So some shots look like a “movie,” while others looks like video game cutscenes or the commercials during sporting events, all too smooth, flat, and fast. It’s jarring at the beginning. And it’s still jarring at the end. I hoped it I would get used to it, but nope, near the end of the movie’s 3 hour and 12-minute runtime (that’s where the exhausting “e” comes in), it’s still noticeable and annoying.

Story-wise, very much like its predecessor, Avatar 2’s plot is a grab bag of clichés and plots cribbed from other, better movies. It’s good enough to keep things moving (and stopping when it needs to), but annoyances do set in, like the overused tech vs. nature cliché, which always leans to nature = good, tech = bad. Odd, when you consider how much technology was used to make the film, and just how much James Cameron obviously loves that stuff and has put money into it in real life.

Will Avatar: The Way of Water stand the test of time? Probably not. Today’s special effects are tomorrow’s ho-hum effects. And with a perfunctory story and characters (there’s a set of brothers who call each other “bro” more often than the guys from Hawkeye’s Trust a Bro Moving Company) there’s not that much to hold on to. But if you’re into living in the moment, I recommend getting swept up in the grandeur. At least while it lasts.