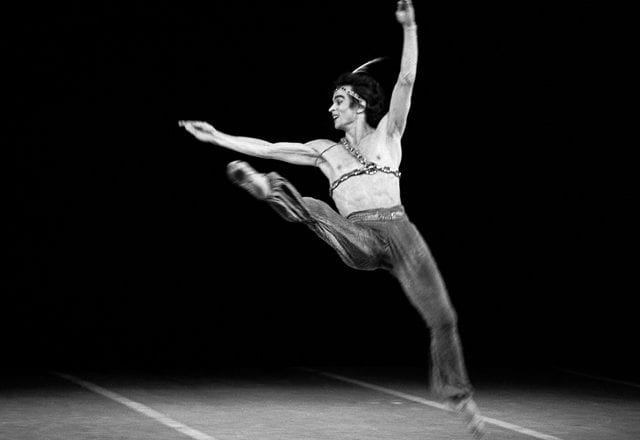 For some moviegoers, a new film starring Judi Dench is a big event. For Dench’s admirers every one of her screen appearances is the equivalent of the basketball fan hearing LeBron James is coming to town. In both instances you never know when it will be the last time you have the chance to see an aging master perform their craft. But even LeBron James has an off game from time to time and Red Joan is certainly a very off game for Judi Dench, the Oscar winning star of Philomena and The Best Exotic Marigold Hotel.

Right from the opening credits Red Joan is an inconsistent mess. The credits state it was “inspired by a true story,” but after listing the actors and crew it adds the movie  was also “based on a novel”. So is what we are watching real or imagined?

Red Joan is so mediocre, you won’t care whether it’s fact or fiction. You’ll forget the movie even existed minutes after it finished.

Red Joan chronicles the story of Joan Stanley, a British civil servant  based on Melita Norwood, who in 1999 was revealed to have been a spy for the Soviet Union. Red Joan goes back and forth between World War 2 when the protagonist gets seduced into providing information on how to build an atomic bomb to the Commies then cuts to the modern day where an elderly Joan was busted by the British government. The period aspect of the movie, though unfocused,  at least has a certain amount of tension that makes the movie watchable. When it cuts to the more modern era is when the movie completely unravels.

These scenes where Judy Dench is given nothing to do but stare into the past, stutter when being interrogated, or lay in a hospital bed give the cynical feeling that her part was tacked on solely to add a “name” cast member to this uninspired enterprise.

The best thing to be said about Red Joan is that it won’t be the 84 year-old Dench’s final screen performance. According to IMDB, she has three more movies in post-production and is busy filming another movie.

Despite the fact that The White Crow is interesting, memorable and well made, the new biopic shares an eerie number of similarities with Red Joan. Both movies travel back and forth through time and feature a protagonist with a relationship with the Soviet Union.

The White Crow tells the tale of Rudolf Nureyev, the LeBron James (or the Judi Dench) of the ballet world of the mid-twentieth century. The movie features scenes of Nureyev’s early life as a poor boy and as an aspiring ballet dancer in the U.S.S.R. The lion’s share of The White Crow though takes place in Paris in 1961 showing the circumstances that led Nureyev to defect from the Soviet Union.

Oleg Ivenko, a professional dancer, was cast to play Nureyev in his first acting role. He’s an adequate, if unspectacular actor, but it was a smart casting decision. Since so much of this film involves dancing, better to have a great dancer on the screen than a Judi Dench caliber actor who can’t leap effortlessly in the air.

The dancing is reason enough to watch the movie even if the first hour drags. But there are some gripping scenes towards the end where Nureyev is forced to decide to exile himself if he wants to continue dancing. The movie remains apolitical while demonstrating the stakes of Nureyev’s decision making ballet seem more important than nuclear secrets.