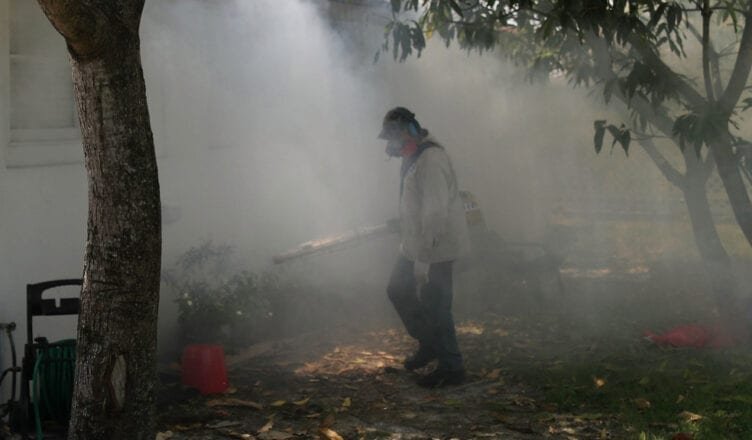 Anyone with an eye on the media, social or otherwise, has to be in a bit of a panic. It’s all coronavirus, all the time. The number of cases are spreading exponentially. A quarter of Italy’s population is under quarantine. Music festivals, tennis tournaments and possibly the Olympics are all being cancelled. It’s enough to give those who were in Miami four years ago a strange case of deja vu.

Back in 2016, Zika was all the rage. The mosquito transmitted disease was going to wreak havoc on South Florida. A generation of  Miami babies would be born with abnormal sized heads, as a supposed result of a mother being infected with Zika. The only thing that would save us all was spraying the poisonous insecticide Naled in the air.  Fortunately the Zika pandemic, never came to be.

Either we were saved by scientists and the government from certain doom, or the Zika scare was media hype. It has never been investigated or explained whether we were protected by cautious heroism or nearly driven mad by greedy fearmongers.

With that in mind we’re going to take a look back at some of the more sensationalistic Zika inspired headlines from four years ago. All taken from legitimate sources of journalism. Perhaps recent history will provide some perspective for the current mood about coronavirus.

The Zika virus “is now spreading explosively” in the Americas, the head of the World Health Organization said Thursday, with another official estimating between 3 million to 4 million infections in the region over a 12-month period.

Why Zika Is This Year’s Scary Virus by David Quammen, National Geographic.

It is “spreading explosively” in the Americas and may be the next public health emergency.

Patch of Miami Is Ground Zero for the Zika Virus by Pam Belluck, New York Times.

Around July 4, a patient entered an emergency room in Miami-Dade County with a fever, a rash and joint pain — three of the four classic symptoms of the Zika virus.

Florida Gov. Rick Scott confirmed Friday that the Zika virus is being spread locally by mosquitoes in Miami Beach, a development that marks an expansion of the outbreak in South Florida and immediately prompted a new travel advisory by federal officials.

The Zika Olympics The upcoming 2016 games in Rio de Janeiro have sparked a debate about how much risk is too much by Julie Beck, The Atlantic.

Rio de Janeiro’s hostship of the 2016 Summer Olympics has had the unfortunate distinction of becoming a lightning rod for Zika panic. This is not only Olympic Summer—it is Zika Summer, with rising northern hemisphere temperatures bringing the possibility of Zika’s mosquito steeds riding north and furthering the spread of the outbreak that is already affecting nearly 50 countries and territories.

American mothers infected with the Zika virus last year were 20 times as likely to give birth to babies with birth defects as mothers who gave birth two years before the epidemic, federal health officials said on Thursday.