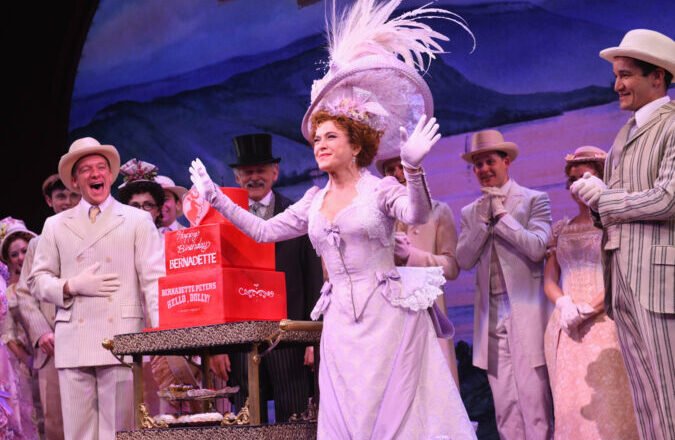 With Spring Break 2022 getting out of control the City of Miami Beach knew a straw could break the island’s back. And because a 74 year-old Broadway singer could draw a crowd that might start waving around guns and twerking in all the wrong places, in a sign of wise caution Miami Beach decided to cancel the March 26 Bernadette Peters concert.

Bernadette Peters is after all a woman who once posed nude for Playboy. Back in December 1981.  And she once slapped Clint Eastwood in the 1989 movie Pink Cadillac.

With a track record like that who knows what kind of bawdy behavior this woman and her fan base could inspire if her show was allowed to go on?

Miami Beach originally scheduled a series of concert to coincide with Spring Break, thinking counterprogramming towards a different demographic would bring a different sort of crowd to South Beach. And so Wilson Phillips and Alanis Morissette were invited on a beach stage to sing in front of what Miami Beach masterminds figured would be a tame and law abiding audiences.

But Bernadette Peters on further review proved to be a little too outrageous. And so her way too wild fans can expect to see a refund for their purchased tickets reflected on their credit card statement within 5-8 business days. In the announcement Miami Beach said Bernadette Peters performance will be rescheduled.

But probably only once her fans figure out how to behave properly in public.

And in other news because Abba and Meryl Streep fans are also known to get loco Miami Beach announced the showing of the movie “Mamma Mia”, scheduled for Friday, March 25 has been cancelled as well.