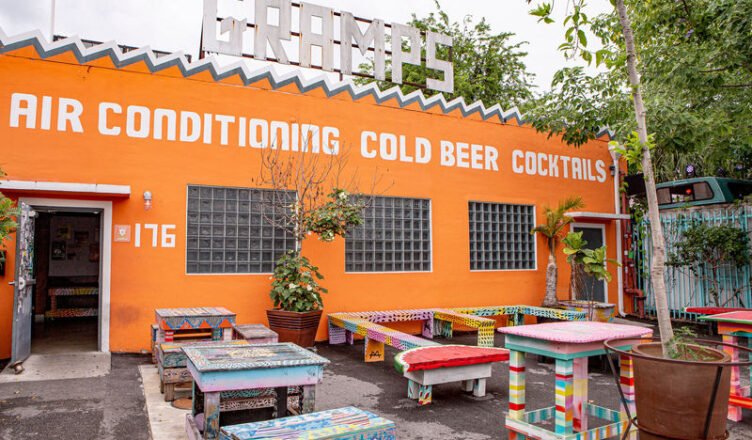 You ever notice the ads on taxi cabs in Miami? Many of them promote events occurring not in Miami but in Las Vegas. It really makes you shake your head. Miami is not the next Las Vegas, nor are we simply South Beach. Of course tourism is a major component of our economy, but it is not what defines us. Arguably, the downtown corridor is defining who we are becoming. The heartbeat of our future lies downtown and the blood coursing through this vein is our emerging culture.

Culture. Define it as you will, but for locals our culture is our soul and it is not in the hands of clubs like Space or E11ven, nor is it embedded in South Beach locales like Liv — these popular places may be fun for some, but they are mainly for tourists or ballers or fly-by-nighters. They make us seem like we’re the next Las Vegas, but they are not who we are nor do they define us.

The following places (in no particular order) represent Miami for locals.

If you’re new or visiting, frequent them if you want to get a real sense of Miami.

This Wynwood bar is quickly emerging into a locale that’s transcending itself and the neighborhood it serves. With three distinct “rooms”—an inside rail-road bar, a large outside courtyard and an intimate back room, Gramp’s is beginning to host more events that cater to our intelligentsia. With the closing of Lester’s back in December, Gramp’s is the logical spot to fill the void of a venue that provided the neighborhood its brain. In some ways, Gramp’s will likely become the new brain of our corridor.

Want to feel like you’re in an intimate bar with a New Orleans vibe, check out The Corner on 11th street. Want to hear awesome live jazz music, go on a Tuesday. The Corner is a place where, like Gramp’s, you’re likely to have a discussion that actually has an intelligence quotient higher than our temperature on its hottest day, and that’s asking a lot of Miami. The Corner also hosts the Miami Bike Collective, which is a wonderful little place to get your bike fixed for a very reasonable price.

If you’ve never heard of Moksha, you don’t know what you’re missing. This Little Haiti warehouse is definitely off-the-grid, for they represent Miami’s counterculture manifesting itself in the visionary arts movement. They host a variety of events throughout the year, often combining live music with deejays in a setting that’s as surreal as Burning Man. Their after-party for Big Friday’s in Little Haiti is often loaded with reggae talent and they also host educational workshops, lecture series’ and occasional films. The word “moksha” literally means emancipation or release and psychologically it connotes the concepts of freedom and self-realization.

This independent movie theater is more than just a theater, it’s an experience. The venue has really evolved in terms of comfort for its patrons, quality of projection for its films, and originality in its programming. The owners of this diamond-in-the-rough movie house appear relentless in their dedication to providing the city with not just a venue for quality independent films, but a forum for discussion and community engagement.

This article could go on and on.

I haven’t even mentioned Sweat Records or comedy night at Elwood’s. And most importantly, I haven’t even touched on the PAMM museum or Arsht Center, institutions that elevate our downtown culture to a national and even global level.

If you think South Beach is Miami culture, okay—there are some spots on the beach that are no doubt locally awesome (The Abbey, The Broken Shaker, Kill Your Idol, etc.) and this is not a Downtown is better than South Beach argument, not at all, it is merely a guide for newbies and passers-through who want to know what’s shaking in the city and where the majority of our locals hang.