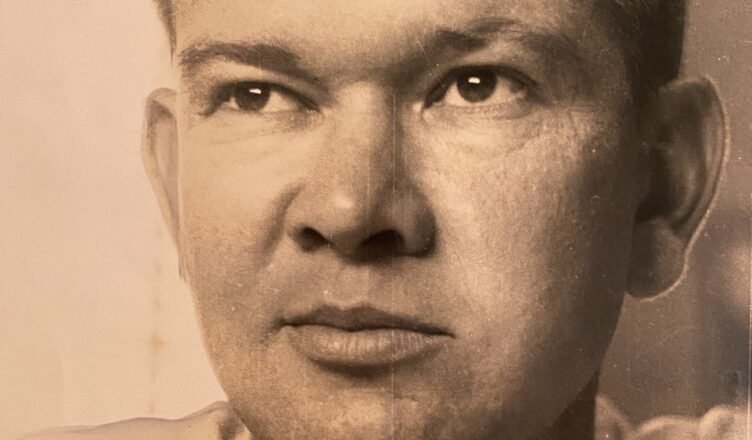 Editor’s Note: Below is an excerpt from “A Nervous Man Shouldn’t Be Here in the First Place: The Life of Bill Baggs“. It is a biography of the late Miami News editor written by Amy Paige Condon and published by University of Georgia Press. The book’s author will be speaking virtually at this year’s Miami Book Fair which you can sign up for here.

On the morning of October 6, 1962, before he left for work, [Bill] Baggs received a call on the secure line at home. No one knows if the call came directly from [President John F. Kennedy] or one of his aides, but whoever called provided Baggs with intelligence on Cuba—a list of possible missile launch sites on the island. Baggs immediately contacted his Latin American editor, Hal Hendrix, who for weeks had been running down rumors that the Soviets were building half a dozen, maybe more, ground-to-ground intermediate-range missile launch sites throughout Cuba, capable of blasting missiles with nuclear warheads as far south as the Panama Canal and as far north as the interior of the United States. The list provided by Baggs confirmed Hendrix’s leads.

As his reporter worked quietly to verify the information through other channels, Baggs performed a little gumshoe reporting himself. He tapped into the network of Cuban exiles who had provided him with verifiable leads in the past. He met with a young fixer at the English Pub at the Jamaica Inn on Key Biscayne—one of Baggs’s favorite haunts. There, the young man, who had just returned from Cuba by way of Mexico, revealed that an increasing number of Russians were living on the island and had almost completed a launch site near the village of San Cristobal.

Baggs passed on the information to Hendrix, who wrote the lead story for the next day’s paper. “Soviets Build 6 Cuban Missile Bases” screamed the seventy-two-point headline on October 7, 1962. The News was the only paper with the story.

The White House officially denied the intelligence reports. Undersecretary of State George Ball had even said the week before that Cuba was “still not a military threat.”

News editor John O’Neill challenged Baggs and refused to publish any further reports by Hendrix until the White House, State Department, or Defense Department went on the record. Baggs, of course, would not and could not reveal his source, and so relented, keeping to his pledge to not direct his editors how to cover the news. Instead, he created a work-around by pushing Hendrix’s evolving Cuba story to the editorial pages. Even as the administration overtly pushed for restraint from the news media for purposes of “national security,” Baggs’s obligation came first to his family, his staff, his readers, and his community, who were all quite aware something dire was afoot and that they were at ground zero either the attack, the response, or both. Military convoys carrying as many as eleven thousand troops, eighteen thousand tons of equipment, and more than five thousand Marines clogged U.S. 1 heading south to Opalocka, Homestead Air Force Base, and Key West. Four hundred Navy ships filled the waters around the peninsula, and pleasure boaters were warned to keep close to shore and to avoid the Windward Passage. The noise of jet engines pierced the quiet at all hours.

Meanwhile, seven Pan Am planes awaited the go-ahead to fly to Cuba and transport eleven hundred Bay of Pigs prisoners to safety if negotiations succeeded between the Cuban government and New York lawyer James Donovan, who had brokered the release from a Soviet prison of U-2 pilot Francis Gary Powers two years earlier. With increasing tensions among the United States, Russia, and Cuba percolating among the U.N. Security Council members, the talks, so close to being completed, appeared likely to break down.

Four days after Hendrix’s first story appeared, the Kennedy administration remained publicly silent, even as Havana claimed the United States was violating its airspace and a group of exiled commandos known as Alpha 66 raided the Cuban village of Isabella de Sagua—a badly timed maneuver. In an editorial on October 13, Baggs speculated that the Soviets were using Cuba as a testing ground for America’s potential response to any aggressive move on West Berlin.

Despite the imminent threat of war, Baggs kept an appointment to cover the seventeenth anniversary of the United Nations. Secretary Adlai Stevenson had invited him along with McGill and Ashmore. It also got Baggs closer to the chess game between Kennedy and Khrushchev. On the way back to Miami, he stopped in Washington for a round of meetings, perhaps to help Kennedy polish the televised speech the president was to give the next day, Monday, October 22, in which he finally confirmed for the American public what Hendrix had reported two weeks earlier.

On hearing Kennedy’s address, Baggs’s father-in-law, Big Craig, summoned his daughter and grandsons to Athens, Georgia, but Baggs would not hear of it. “Rather bluntly,” according to his wife Frec, Baggs informed her that “the bombs would pass over Miami and land in Georgia.” Still, with jets roaring over Miami constantly, there would be no calming their fears.

Amy Paige Condon is the founder of the Refinery Writing Studio and the associate editor of Beacon, a quarterly news magazine published by the Savannah Morning News. She is the coauthor of Wiley's Championship BBQ Cookbook and The Back in the Day Bakery Cookbook.