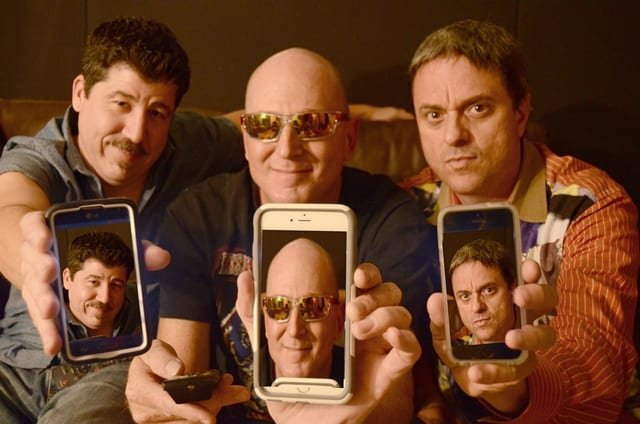 Doing anything for 25 straight years is very difficult. Especially keeping a musical project alive and well in South Florida. South Carolina native Sean “Birdman” Gould has been a Miami music-maker, guitarist / bassist for hire, sound engineer, and bandleader for the better part of three decades now. His band Birdman’s Clambake, which currently features yours truly on bass and vocals, has evolved through several lineup changes and remained a South Florida mainstay for nearly as long.

On Saturday, October 12, 2019, we’ll be celebrating the band’s silver anniversary at Bar Nancy in Little Havana, beginning at 10 p.m. Joining us will be some very special guests: band members past and part-time members present. The Nancy is located at 2007 SW 8th St, Miami, Florida 33135. There is no cover to attend; 21 and over are welcome.

“Most people have wives and or kids and celebrate their 25th anniversary,” says the Birdman, who is also Bar Nancy’s lead sound engineer. “I don’t have either of those; all I have is my music and my band. It has been a fun ride to provide a live music soundtrack for so many people and musicians in Miami.” Bird plays bass in the Nil Lara trio and is an in-demand reggae session guitarist. He also records music at his Mango Tree home studio in North Miami, which is also where we rehearse (not often enough).

Birdman’s Clambake serves up a mix of blues with classic rock and a side of kitsch. Our repertoire varies from show to show, includes a fair amount of improvisations, and ranges from 50s staples to classics from the 60s and 70s. We also feature a good number of originals, including the 2000 ode to the ladies of Hialeah “Oye Mamacita”, and “Beer, Biscuits and Gravy”, for which a video was filmed at the now-closed Tobacco Road’s upstairs cabaret. Both clips were directed by the amazing local filmmaker Mark Moorman.

Monchy Coruguedo, the band’s steady drummer for the last 12+ years, offers, “The band that truly is the ‘Clan of The Clam’ is truly the best party band. It’s also a band that takes the music seriously, but not itself. We always welcome fans to share an experience, not just to watch a gig, all under the captaincy of our fearless and non-feathered Bird.”

If you’ve never been there, the vibe of the Nancy is colonial-era nautical, its insides mimicking the galley of the famous ship. A daily happy hour offers half-priced drinks 4 to 7 p.m. The bar offers a sizable selection of draft and canned beers, as well as specialty cocktails and classic bar eats.

We’re also the house band for a monthly “Jam with the Clam” open-mic style night hosted by Gould Next one is scheduled for November 6. Mondays are game and trivia nights; each month the bar resurrects the popular South Beach and Grove haunt The Kitchen Club. An outside patio with seating is available.

The Nancy is also home to the monthly marketplace / music event called Arroz Con Mango – we’re going to play it October 27 dressed up in our Halloween best, and a recurring songwriter’s night series hosted by the wonderfully talented Suenalo saxophonist and music educator Juan Turros.