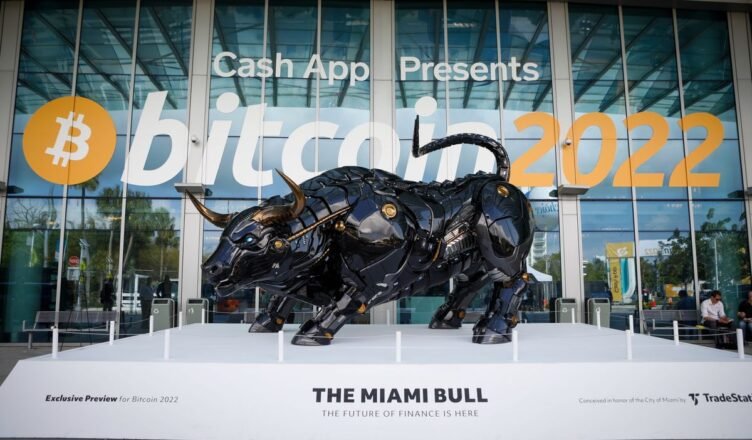 In May 2023, the Bitcoin Conference will be held for the third consecutive year at the Miami Beach Convention Center, marking Miami as at the very least the capital of bitcoin in the United States. Mayor Francis Suarez was an active participant in this year’s edition, and he even collects his salary in bitcoin, proving his commitment to making Miami the bitcoin capital of the US.

With Miami’s long standing reputation as a hotbed for grift and scammers, it almost seems appropriate that something with such a dubious reputation would find its home here in Miami.

However shady it may seem, bitcoin is encouraging many of Manhattan’s most prestigious financial firms to set up shop right here in Miami, with some firms such as Citadel (which some of you may know from playing an outsized role in the Gamestop fiasco) moving their corporate headquarters to Miami.

The arena that houses our beloved Miami Heat, is sponsored and named after FTX, one of the largest cryptocurrency exchanges in the US and the World, and many other prominent companies, whose business models are based around crypto, have set up shop in Miami as well.

So with all this going on, is it important for you to know about this at all? Participate in some way? If you already invest in crypto, you would know that right now we are in the midst of yet another crypto winter. With bitcoin having crashed from it’s high of $69,000 less than a year ago in November, to today’s levels around $21,000. Dragging all of the cryptomarket along with it.

As it usually happens, most of the media attention happens around the time that bitcoin is printing a new high, interest usually peaks around the peak of the price, and it is always the casual investors who are left holding the bag, as they tend to buy in at the high. It is these very same investors, who are buying without any real knowledge, just a sense of FOMO, who capitulate when the price starts dropping precipitously, as it is wont to do, resulting in an even more frantic crash. However, most real players tend to buy at more appropriate times and sell at these highs to unwitting retail investors, giving bitcoin and other cryptocurrencies its scammy reputation.

Being such a new sector of the market, crypto is unfortunately rife with bad actors. Investing in bitcoin or crypto is rather perilous if you don’t have at least a small working knowledge of what it is and what its function is. Once you know the basics it is then possible to invest safely in bitcoin. So for the lay people out there, I would recommend to avoid investing in crypto or bitcoin if you are not willing to put in even a little bit of time to understand how to invest in it safely, because otherwise it is almost certain that you will lose your money, as many others already have.

In general though, bitcoin and crypto will be an incredible boon for Miami. It will bring capital, investment and jobs, which will ultimately benefit the entire community. Having Miami be the US capital for bitcoin also adds to Miami’s growth, as in the last few years Miami seems to finally have arrived as a global city. If bitcoin continues its growth trajectory, Miami could possibly eclipse New York and London as the financial center of the world.

With all of that said, if you are in South Florida, it would seem to be to your benefit to learn as much as you can about crypto to see if you can participate in this next economic boom that is certain to wash over Miami as the market develops. If you are ready to do so, I recommend reading the  book: The Bitcoin Standard by Saifedean Ammous. Doing so will at least give you the background of what bitcoin is and why it has any value at all, and then you would be more equipped to be able to converse about it and possibly even participate and benefit from it.

Roderyck Reiter has been a South Florida resident since 1995 and a licensed realtor since 2010, specializing mostly in foreign investors. He has experience in residential, commercial, industrial and agricultural transactions.

View all posts by Roderyck Reiter →