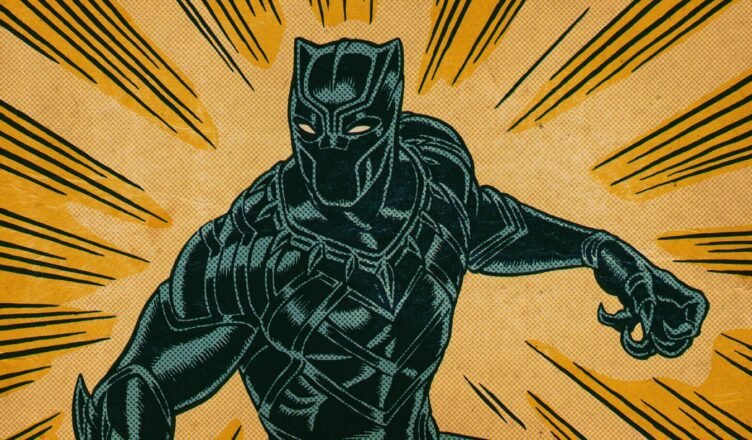 I hate it when people rush to declare something has “jumped the shark,” trying to be the first to call out a piece of entertainment as past its prime. So, I’m not going to say that about Black Panther: Wakanda Forever, even though it has an underwater theme that would fit that pithy remark perfectly. I won’t even lower myself to a cheesy variation like, “it’s hurtled over jaws,” though I have a predilection for lowering myself in just such a way.

No, Wakanda Forever, which is the 30th film in the Marvel Cinematic Universe, operates in a familiar, comfortable groove, a groove that has served the Marvel movies well. Good for them. Fans are still lapping it up, judging by the applause at the press screening I attended. I myself was just such a Marvel devotee, but Wakanda Forever, with a 2-hour 40-minute runtime that does its title proud, may have effectively cured me of this affliction.

Chadwick Boseman, the ludicrously charismatic actor who portrayed the titular Black Panther superhero in previous Marvel adventures, solo or otherwise, tragically passed away in August of 2020, at only 43 years of age. Ryan Coogler, the director of Wakanda Forever and its progenitor, was so distraught by his close friend’s death he almost walked away from movies entirely, much less did he consider making a Panther sequel. How does one continue a franchise without its center, the magnetic core that held everything together?

Black Panther simply made way too much money for the Walt Disney Company, the megacorporation that owns Marvel’s cinematic branch, to just walk away from the franchise.

And here we are with Black Panther: Wakanda Forever, with Ryan Coogler returning in the director’s chair, giving us a sequel that really means well because it’s made by a cast and crew that clearly loved their lost friend, but is sunk by its very Marvel-ness, essentially by its corporate nature.

The core of the story is good. T’Challa, Boseman’s original Black Panther, dies (offscreen, which is weird, but preferable to some tasteless CG creation subbing in for the dearly departed), and his genius scientist/inventor sister, Shuri (Letitia Wright) cannot save him. The overall arc of the story follows Shuri as she mourns her brother, crushed under the weight of existential despair (though, in a universe with aliens, multiverses, and Thanoses all running around in the open, it’s a little harder to swallow that somebody would really believe that there isn’t more to life than life itself), trying to find a reason to keep going.

Now, of course, we don’t come to a Marvel movie, no matter how tragic its backstory, to watch a hero wrestle with mental despair, so a larger plot rears its head, and a villain(-ish) character interrupts the grieving to threaten Wakanda, the ultra-futuristic, African supercity and society that despite its gleaming skyscrapers still has mud streets.

So far so good. But that’s when the Marvelity takes over. You see, we can’t just focus on the core returning characters dealing with grief and the main villain, Namor (Tenuch Huerta), a self-professed mutant, who can breathe under and above water, and has little wings on his feet that allow him to fly. (I’m sorry, I’m probably the asshole here, but I laughed when he dramatically rose out of a lake in slow motion powered only by these idiotic, tiny flapping wings on his ankles.) Oh no, this is a cinematic universe, remember, so a whole bunch of superfluous characters and stories have to be set up so more movies and tv shows can follow. Thus, the movie pads its runtime with useless characters, one a literal MacGuffin that has no reason to exist other than to motivate the plot that revolves around her. Wait! I’m sorry. She has another major reason to exist: So she can have her own tv show down the line.

More than halfway through the story, luminescent Lupita Nyong’o shows up and is also wasted. She takes up precious screen and story time, but the movie never makes the case for her inclusion until, of course, the now infamous, post-credit sequence that Marvel is known for that’s supposed to wow the audience with a big reveal. And the reason given for her existence in this sequence is reductive and insulting to the main cast who fought so hard to be seen as the center of this new franchise. Never mind also that this exact type of post-credit sequence was recently and hilariously skewered by Marvel’s own She-Hulk tv show.

Story threads start and disappear. Okoye (Danai Gurira, again palpably fierce), Wakanda’s head warrior starts out important to the plot, is then unceremoniously disappeared, and returns with nary a motivation to join the listless finale that essentially takes place on a gray triangle in front of a bluescreen.

It’s pure Marvel assembly line special effects and action sequences again. I should turn a blind eye to the so-so effects because we now know just how overworked and undercompensated Marvel’s digital effects teams are, but Wakanda’s effects, especially the subaquatic seascapes just look murky, glum, and uninspiring. And of course they do. Being forced to work 70-hour, seven-day weeks for half a year will kill anybody’s inspiration.

Even some of the costume design is wonky. Marvel usually has impeccable taste when it comes to translating superhero costumes from page to screen, but here we have one that looks like a laughable power ranger and another costume that a character refuses to wear because she insists it looks stupid. She dons it at the end anyway and guess what? She’s right.

There are affecting moments where silence is allowed to speak volumes and the pain and grief the characters and the filmmakers feel for their fallen comrade come through. Mostly, though, it’s just Marvel business as usual. And increasingly, that’s becoming less of an asset and more of a liability. Me? I did the unthinkable for a Marvel movie. I walked out before the credits finished.