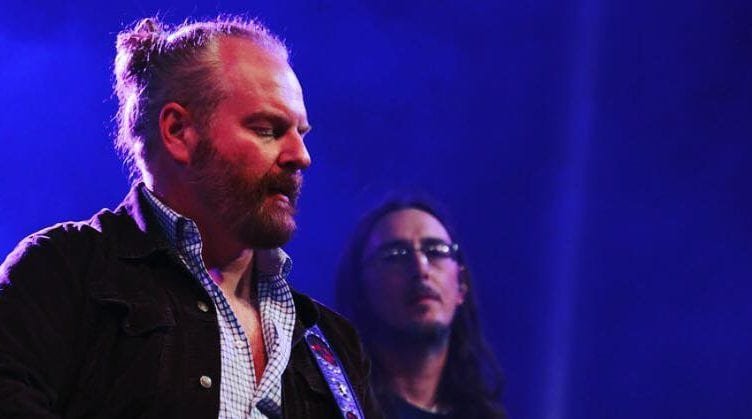 To understand how he got that way, we need only review his resume. A member of the band Missing Persons, a 5-year stint as a jazz guitar instructor at the prestigious Berklee College of Music in Boston and many tours playing guitar and writing the songs as a founding member of The Codetalkers, with Col. Bruce Hampton. His musical schooling began in James Brown’s backyard, Augusta GA, where he occasionally shared a stage with the Godfather of Soul, and ended up at The University of Georgia. He is close with the Allman Brothers Band family.”They are my best friends. As a matter of fact, Butch Truck’s daughter, Melody, joined me on stage last night in Jacksonville.”

Impressive. Even more impressive than his resume is his music. You know that warm, feel good sensation you get when you’re at an outdoor music fest, had a few tugs at the Jim Beam flask, a toke of what’s been passed to you…. maybe something more, and a really good band starts their set? That band is Bobby Lee Rodgers. There’s nothing better.

“It’s the best. Therapy for the soul,” says Todd Weinsier, a music fan who  packs his travel trailer at least twice a year to head off to music festivals around the country to see musicians such as Bobby Lee do their thing.

Although he travels too much to be called a “local” Bobby does call South Florida his home and often plays out around town. He is a regular performer at The Fillmore on Miami Beach, where he is joined on stage by his stratospheric-level musician friends from U of M.

You don’t need to know his resume to understand why Bobby Lee Rodgers is so well respected. You can hear it for yourself by checking out his 6th new record…. the funk charged, Leslie speaker driven, velvet growling, Sled. Or, you can catch him on tour.