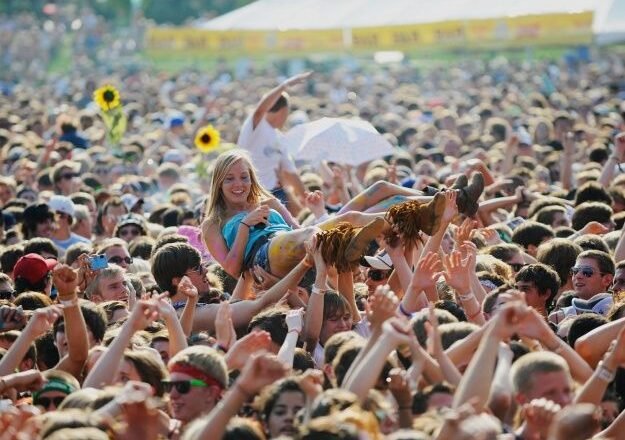 Bonnaroo, set to return for its triumphant 20th edition, should cancel its 2021 festivities.  Unfortunately, Bonnaroo needs to cancel, and soon, or—high profile bands should begin to withdraw from the farm. It’s the right thing to do. Foo Fighters, Tame Impala, My Morning Jacket, Tyler the Creator, Lizzo, Glass Animals, Leon Bridges, Phoebe Bridgers, Jon Batiste. Someone is going to realize reality and withdraw and this festival will then fall like a house of cards. It’s unfortunate. It sucks but, it’ll happen. Covid-19, the gift that keeps on giving.

TOO RISKY BUT STILL TIME

Since early July, cases have increased almost 600% and it’s rising.

This 4th wave is being driven largely by the unvaccinated in Southern states. We cannot with a clean conscious attend a 4-day music festival on a dusty, dirty, farm in Tennessee.

One of Bonnaroo’s biggest hurdles is that anyone can attend.

You don’t have to be vaccinated. Unlike Lollapalooza in Chicago, and the big Central Park “We Love NYC” concert, attendance requires vaccination.

Bonnaroo’s second biggest hurdle is it’s in the South.

Again, according to Reuters, “Seven U.S. states with the lowest COVID-19 vaccination rates – Florida, Texas, Missouri, Arkansas, Louisiana, Alabama and Mississippi – account for half of the country’s new cases and hospitalizations.”

A lot of Bonnaroo attendees are coming from the South where it’s just a mess. Take Florida for example. Florida is so sloppy right now.

According to the Miami Herald, the state passed 20,000 cases per day on Wednesday, more than twice the highest it’s ever been in the state throughout the whole pandemic, and that number is growing. It’s scary.

Here in Miami, in the past two weeks, concerts like Green Day’s Hella Mega Tour and Rolling Loud’s 3-day hop-hop festival both hosted 60,000 people per day.

It was risky and wrong, but, at the same time, this surge is happening so fast, that even two weeks ago, it was a different world.

RIGHT THING TO DO

Bonnaroo, and the bands who plan to attend, have no such excuse. They know what it’s coming. They know it’s going to get worse. And they know that a four-day festival in Tennessee that doesn’t require attendees to be vaccinated is not a good idea. People will get sick and die. It sucks so bad but it’s just a fact.

We all have to press pause on returning to normal. Get used to it.