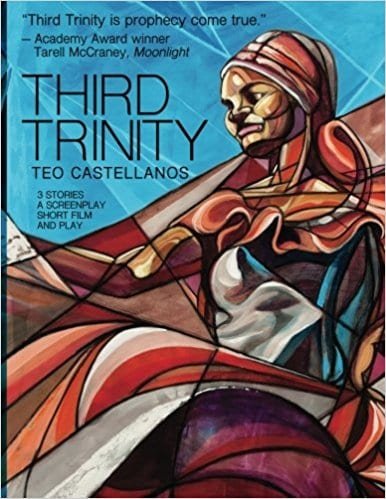 
Third Trinity is an innovative and exciting book. Inside you will read three versions of the same story: a screenplay, short film and play.

BUY BOOK
About the Book

Third Trinity is an innovative and exciting book.

Inside you will read three versions of the same story: a screenplay, short film and play.

This Trilogy is steeped in ritual, filled with musical language and era related songs that tell a unique Miami story of the struggle for Puerto Rican Independence, drug smuggling and the timeless tale of brotherhood. Beginning with a visionary reading by Mami Yeya, she tells her pregnant daughter she will have three boys, one a politician, one a criminal and the other an artist.

The young mother scoffs off the augury until the murder of her sister leaves her with custody of her two young children. Three young boys begin an uncanny journey into smuggling, prison, political dissonance, and the theater. This story is a powerful and distinct retrospective of growing up in Miami.

Look Inside
Disclosure of Material Connection: Some of the links in the page above are "affiliate links." This means if you click on the link and purchase the item, I will receive an affiliate commission. I am disclosing this in accordance with the Federal Trade Commission's 16 CFR, Part 255: "Guides Concerning the Use of Endorsements and Testimonials in Advertising."
Support The Jitney on Patreon!