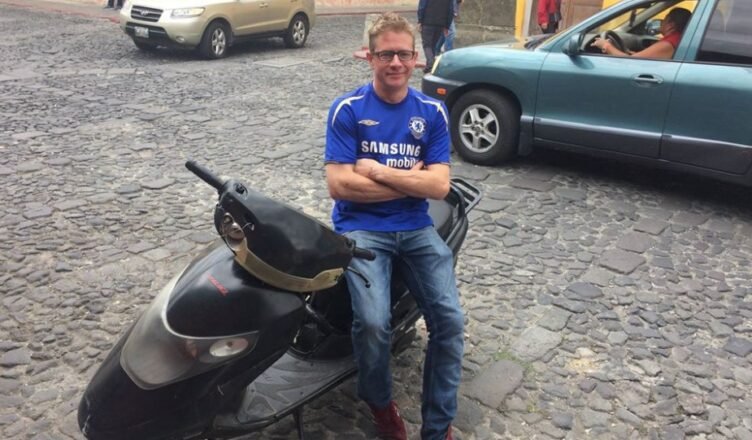 It’s been a full year since my good friend Brendan died, and though I miss him dearly, the memories of him elicit more laughs than tears. There was nothing about Brendan that was low-key. Life to him was a non-stop roller coaster of danger, wit, adventure, knowledge, love, and hatred.

On his best days, you’d get all six of those experiences in one. On his worst days, you’d question your own sanity, long past writing off his as completely gone. Brendan was one of the most intelligent people I have ever met, and also the most tormented. It’s impossible to acknowledge one without the other, and impossible to understand him as a friend if you didn’t embrace both.

On the anniversary of his death, I choose to remember the brilliance of his madness. As I sit watching a Milwaukee Bucks playoff game I hear Brendan. I picture him screaming at a weathered laptop, streaming the game from a pirate site,  his voice raspy and loud, permeating any nearby space.

I still expect him to send me disjointed paragraphs of alcohol-fueled diatribes via Messenger at 4AM. He spoke with such literacy, but it often came out in bursts of mixed tones, confusingly agitated, but in his mind succinct. I fondly remember his cooking, and his love for Motown, and dangerous French women. I chuckle when I think of how he dressed, wearing either mis-sized used clothes from the PACA thrift market in Antigua, or contemporary formal wear. Nothing in between.

There was no “in between” about Brendan, metaphorically speaking, in any aspect of his life

The greatest thing about being friends with Brendan is you always knew where you stood with him. There was never a mystery as to how much he liked, or disliked you. He had an incredibly genuine soul, and that is what resonated with the people he loved and admired. If he didn’t like you, he’d let you know in a matter of minutes, and within a few more minutes, you’d feel the same about him and then some.

If he was passionate about an author, a musician, or an artist, he’d memorize their entire life’s works. He’d tell you about the things he was passionate about in detail, including the things he hated in life. For some this was hard to process, but I saw it as a very cathartic and cleansing way to embrace one’s own biases and pleasures. He embraced authenticity in a way that was so pure, it eventually killed him.

If Brendan made you a music playlist, it would have over 100 songs on it, and he could tell you why he put each of them on, who was on each, and what year they were recorded. Again, though, there was no middle ground for Mr. Brendan Byrne, and the dark side of this was how he faced his demons.

He ignored his mental and physical health, he had handicaps because of it. His heart, lungs, and liver simply could not sustain his lifestyle for much longer than it did. He knew this, and he confided in me once that his target age to die was 50, and in his words, “if I make it to 60, you’re all fucked.”

How I met the maddest man I’ve known so far, and where it’s taken me since…

The first time I met Brendan Byrne it was suspiciously uneventful. I was in the unkempt courtyard of a low-cost youth hostel in Buenos Aires’ “Monserrat” neighborhood, near the nation’s capital offices. It was the end of the Southern Hemisphere summer and I can recall a sweaty Brendan lugging his bags through the courtyard, muttering under his breath, with a cigarette in his mouth and anguish on his face.

He dumped the bags in my room, came back to the courtyard with two liters of local beer, and reached out with a trembling, sweaty, twisted arm to offer me one. His first words to me were “not sure where you’re from mate, but where I’m from it’s Miller time.”

His last words to me were “thanks for taking care of me, brother.” 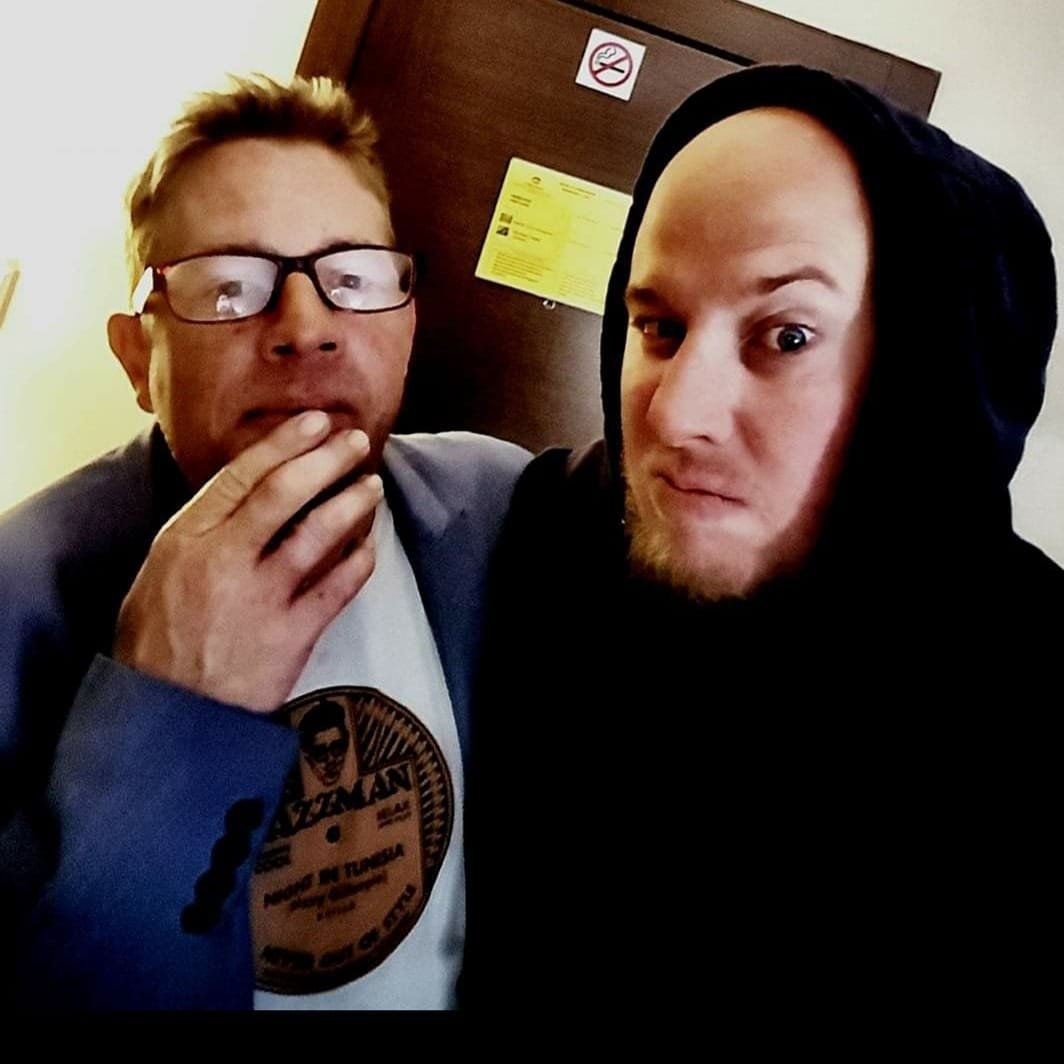 Little did I know in early 2008 that this loud, garish, brilliant hurricane of a man would travel with me through four countries. I had no way to predict that I’d cross the Atlantic Ocean with him in 2017, or get in bar fights in brothels with him in Buenos Aires, or sit on the side of a volcano in Guatemala and watch him cook for people. In the courtyard of the Kilca Hostel in Buenos Aires in late summer, all I knew is that this crazy new bunkmate of mine was the antithesis of boring.

We became instant friends on the first day. If not out of mere circumstantial proximity, then out of our shared disdain for normalcy, or what we perceived as a life without adventure.  Neither Brendan’s life, nor mine, was without adventure back then, and that was a common theme for him until the day he died. Brendan was the eternal, incorrigible expat that would have shared rum with Hemingway if they’d ever crossed paths.

Despite spending nearly 20 years in Latin America, he spoke no Spanish. He had moved to China at some point to escape a vendetta in Guatemala, per his murky story, and had bounced around Argentina for some time after that, arriving there the day I met him.

Most of Brendan’s heart and soul was in Antigua, Guatemala. He seemed more at peace there, away from the big city madness of Buenos Aires, or Shanghai.

Nowhere left to escape to

Brendan Byrne’s disdain for living in the US largely centered around his own fear of normalcy, and confronting his demons in the world where they were created. Brendan was surprisingly passionate about his Wisconsin upbringing, despite vowing to never live there again.

I was, to a certain extent, and so was Brendan. Most run from boredom, normalcy, or the heavy weight of what they perceive as a monotonous existence. Others run from taxes, exes, high prices, and rules.

Escapism was, like it always is, part magic and part tragic in terms of how Brendan lived. I feel like towards the end he couldn’t chase the highs anymore, and he ran out of weapons to chase the lows away. Much like the lore of a rockstar, an unpredictable and crazy existence became so routine, it wasn’t exciting anymore for him. Most of his long-term expat friends had moved on past the chaos stage, settling for marriage, kids, or a return to their home country. Not Brendan.

There was no moving on from the chaos. It just manifested itself differently as he aged,. He wasn’t destined to live a long life because ultimately, he didn’t want to. He challenged the world to take him away, and laughed in its face when he survived through the challenges.

Remembering Brendan Byrne for his brilliance

In an almost serendipitous way, it was fitting that Brendan died midway through 2020, the world’s most collectively chaotic year in his lifetime. I had spoken with him a few times during the pandemic, mostly about writing, and how unaffected he was from the lockdowns.

Ironically, the collective chaos and fear of COVID didn’t permeate into Brendan’s conscience. Much like a veteran pilot flying through brutal turbulence as the passengers wail and clutch their seats, Brendan was calm in the face of the chaos of others. That’s not to say that he didn’t care, or wasn’t empathetic about global suffering. Rather, it’s to say that Brendan didn’t fear catastrophe in any form. He had no time for it. His health was deteriorating for years at that point, but his mind was still firing away into the depths of his brilliance.

Brendan was so sharp, that he would have an anecdote or story that he could tell to relate to anyone on the planet. Whether they were truly his stories, tales borrowed from others, or true at all is still a mystery to me (and probably most of his friends). It didn’t matter though. What mattered was how he could instantly connect and relate to you.

Brendan was an immensely kind and generous man, who would share anything he had with those he loved, and even those he barely knew. He quoted literature like a scholar, despised fast food, and couldn’t stand the beach. He gave sage advice that came from a deep place of listening and understanding. He harbored no vile prejudices, and was an advocate for people who were disadvantaged or discriminated against.

I choose to remember Brendan Byrne as he was, unapologetically, without any sugar coating or irrelevant hindsight. I choose to remember my tortured friend as brilliant, and kind, and empathetic, and brave. I will cherish the stories I’ve created with him, both as protagonist and villain, and will share them incessantly over time, much like he would have if I had passed away before him.

Brendan Byrne is dead, but the collective, chaotic, maddeningly beautiful memories we have of him will live forever. Miss you, mate.

Andy Jackson is a writer and freelance journalist based in Miami Beach, Florida. He's spent 12 of the past 15 years living and working in Italy, Argentina, and Panama, with a background in travel writing, digital marketing, and consulting. He is a graduate of the School of Journalism and Media Innovation at Northeastern University.

View all posts by Andy Jackson →