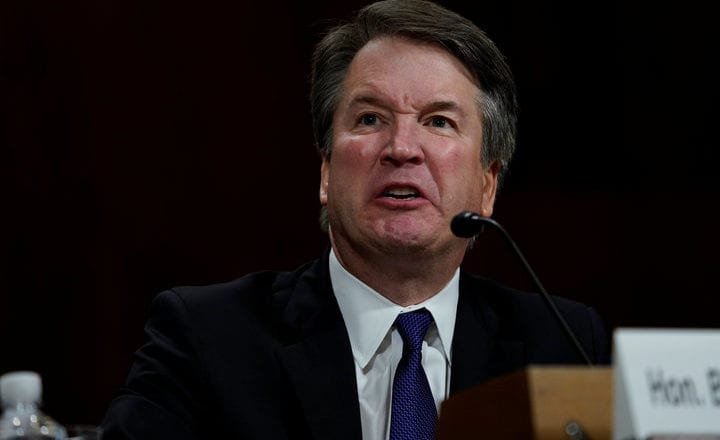 What? You don’t drink beer? What beer do you drink, Senator?

Excuse me? Black out? Have I ever black out? I LIKE BEER. PEOPLE LIKE BEER. HAVE YOU EVER BLACK OUT?

My temperament isn’t this emotional, I swear. It’s just –THIS WHOLE PROCESS, THIS WHOLE CITY, IT’S FAKE, IT’S A FRAUD.

I’m just a dad and a husband and a son to a father and mother on vacay. And this whole thing has been FAKE.

FAKE BREWS CONJURED UP BY CLINTON CONSPIRACY THEORISTS DESIGNED TO GET BACK AT ME. BUT YOU WAIT AND SEE.

WHAT GOES AROUND COMES AROUND!!

YOU HEAR ME. THAT’S RIGHT. THAT’S WHAT I SAID.

WHAT GOES AROUND, COMES AROUND.

Just think about that.

I’m sorry. I just like beer. I like beer. I drink beer. Craft beer. I know I don’t look like I drink a lot of craft beer but I work out. With Tobin. And the other Brett. And Chad. And Swee. We work out, lift weights.

It burns off the carbs.

IS IT A CRIME TO LIKE CRAFT BEER. IT’S AMERICAN.

MY BEER IS MADE IN AMERICA.

I went to Yale. I served on the DC Circuit Court for years. I deserve this job. I am entitled to it. AND SO WHAT IF  I LIKE BEER?