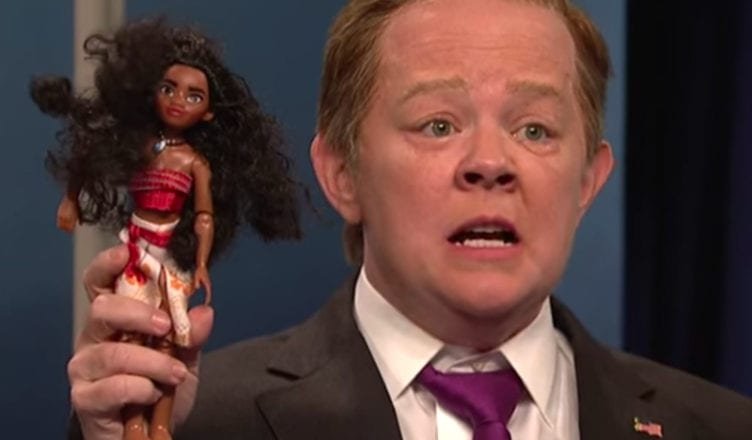 When successful actors known predominantly for comedy decide to do drama, a natural curiosity is peeked. “Can they pull it off?” we seem to ask, as if the two are oil and water. With Can You Ever Forgive Me? Melissa McCarthy does just that, jumping over from a string of comedic hit films to something character-based and sedate. The result is a good performance in a solid, if unspectacular, movie.

A fact-based story, Can stars Melissa McCarthy as Lee Israel, a writer barely eking a living in New York. It’s 1991 and the author has had minor success with biographies of famous people. But Lee has fallen on hard times. She lost her wage slave job because of her hard drinking and acidic personality, the combination of which basically makes her unemployable. With rent due and unpaid vet bills stacking up for her only companion, an aging cat, Lee resorts to drastic measures.

Selling her framed personal letter from Kathryn Hepburn for a good amount of cash gives her an idea, one that’s cultivated when she comes across a letter from the actor tucked into a book of the library’s archives. She steals the letter, but when she tries to sell it, isn’t offered much money for it. The letter is too banal, no personal details. Lee begins to forge her own letters, instead, with the clamored for salacious details, using her talent to imitate famous writers like Noël Coward and Dorothy Parker. Eventually bringing on her newfound friend, and only person willing to put up with her, the ribald, ne’er-do-well, Jack (Richard Grant, wonderfully chewing the scenery) to help sell the forgeries, Lee finds a way to exert her authorial voice and get paid for it. Well, until the FBI begins to take notice.

There’s very little that’s fancy about Can You Ever Forgive Me?

It’s straightforward, not overtly stylish. The no-nonsense approach creates a welcoming atmosphere. Filmed on location, the movie captures a wintry New York nicely. My theater wasn’t particularly cold, but I found myself quietly rolling down my sleeves about half-way through the movie.

There’s also a lack of glamour that pushes a feeling of authenticity. McCarthy is often sans make up, dressed in unflattering clothes. You can see the imperfections on Lee and Jack’s faces. They feel like real people you’d run into on the streets of New York.

There is definitely an authorial voice behind the scenes, though it just may be a whisper. Director Marielle Heller favors average, medium close-ups, but during a scene where Lee, in a bar, reveals her covert activities to Jack, she lowers her voice, and as she does so the camera comes uncomfortably, close to the characters, as if we’re eavesdropping on their private conversation.

Another nice touch is how the music changes almost imperceptibly as the movie goes along. The first half is soundtracked by playful jazz standards. But as the situations becomes more serious, so does the music. The jazz drops almost entirely in favor of a more abrasive score that ably mirrors Lee’s growing anxieties.

The script by Nicole Holofcener  and Jeff Whitty carefully sets up Lee’s misery nicely, painting a picture of a person who does something illegal out of desperation, not out of cold calculation, so that we’re actually on her side once she begins her white collar crimes. The duo also clearly defines Lee’s unlikable characteristics, but reveal a vulnerable human underneath, even creating a capacity for change, an arc that doesn’t betray who she is for the sake of a happy ending.

Some of the dialogue does hold your hand a little too much, even if it doesn’t yank at it, with Lee explaining her arc in the end, for example. And the way her cat is used as a prop for change stuck in my craw (definite trigger warning if you love cats). I would also have preferred more details describing the amount of work Lee put into mimicking the voices of her subjects. Her precise research is glossed over, barely glimpsed in montage. Her hard work comes off as a little too easy, although maybe that’s the point.

Throughout, Melissa McCarthy capably holds her own. She’s captivating even without pratfalls, ably matching wits with greats like Richard Grant. But that shouldn’t come as much of a surprise. For one, her character isn’t that different from the boorish ones she’s played in the past (like The Happytime Murders), but more importantly, McCarthy has always been an actress first, comedian second and she reiterates that here nicely.

Can You Ever Forgive Me?, unwieldly title and all, may not be an amazing movie, but it is a solid work. One that should entertain those searching for something small and quiet.