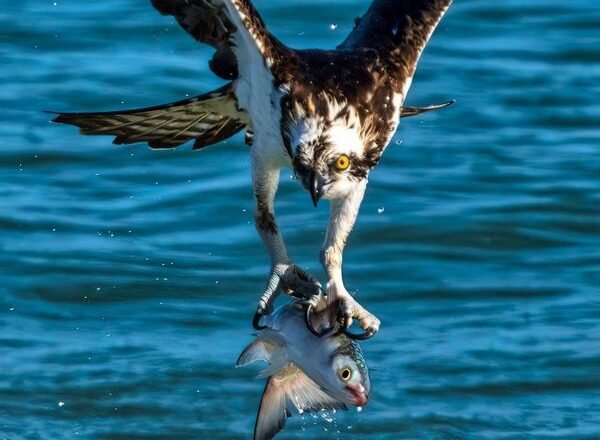 Carlos Paillacar is a Boynton-based photographer with a keen eye and sharp lens pointed directly at Florida nature. A Barry University alum, and Coast Guard retiree, we caught up with Mr. Paillacar for a few questions and to highlight his work as our South Florida  photographer of the month.

Do you have a favorite place to shoot?

The Wakodahatchee wetlands in Delray are a great rookery for several different species which makes for incredible shooting opportunities at a very close distance compared to other locations. But my favorite place in Florida is Fort De Soto park in St. Petersburg. The natural beauty of the beach and surrounding locations are pristine, in addition to having species not available in South Florida.

What is your favorite time to be in the field?

Early morning just after sunrise is my favorite time to shoot. The quality of the light is fantastic. It gives everything a golden glow. The light is not harsh and allows for beautiful natural portraits, images of dramatic birds in flight, shots of birds fully illuminated while coming out of the shadows with a dark background.

Name two things in the field that have surprised you.

First, the amount of people who do not respect wildlife. They pollute the environment, even in protected sanctuaries. You need to live under a rock nowadays to be oblivious to climate change and the dangers of plastic pollution into our environment. Yet there are still people who think it is okay to dump their garbage anywhere, disrespecting not just the environment, but the other people who are at those locations with them.

Second, the frailty of life. I have seen entire litters of birds being eaten by other birds in a matter of seconds. I see mothers and fathers trying their best to protect their newborns without being able to deter a larger bird, raccoon, or a gator from eating their young.

Carlos Paillacar Images: In His Words

This particular Great Blue Heron is a male. Males build a nest and display their plumage making elongated motions to attract a female to their nest to be their mates. In this case this one has been diligently building a nest but has failed to secure a mate yet. I took this particular image at sunrise while the bird itself was still in the shadows and the background was being illuminated by the sun giving it that bright yellow/orange glow, producing a beautiful contrast between blue and yellow that are opposite on the color wheel, and make the image pop.

Believe or not, most birds are pretty lazy. They will take a free meal when they can get one. In this case there is a group of about 20 eagles that live in an active landfill in the West coast of Florida and feed out of human garbage, like discarded meat, chicken, fish, etc… This group of eagles, patrol their territory and scare other birds away, or steal their food every chance they get. In this case, this eagle was flying above a group of smaller birds and vultures to see if she could steal a meal.

This Cattle egret landed a few feet away from the boardwalk at Green Cay Wetlands and started picking up insects from the grass. However, she struck gold when she found this frog which is a good size meal for her. It took her a bit to position the frog right so she could swallow it. The frog fought for its life until the end.

This image is of a Reddish Egret, a rare endangered species of Egret that for some reason is not common in South Florida. But they are a common fixture in Fort De Soto park in St. Petersburg. Reddish Egrets fish in tide pools left after the high tide and every morning and evening you can see them feasting on small fish trapped in the tide pool which makes their feeding easier.

This Honey Bee was photographed in Green Cay Wetlands during a not so busy
morning. I normally go looking for bird activity, mostly flying birds, but this day the birds were not busy. However, there were several flowers and lots of bees feeding on these flowers. If taking pictures of flying birds is hard, taking pictures of flying bees is even harder, so I like a good challenge. Out of several pictures, this one was the best of the group.