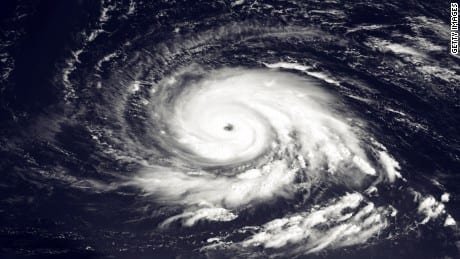 We feel for our brethren in the Carolina’s as they brace for what will surely be a brutal Category 3 Hurricane. It was only a year ago that us South Floridians were rattled to our cores with a storm nearing a Category 3 hurricane. Most of us rightly fled. Some stayed. And it was a mess for awhile.

Category 3 Hurricane: Natural Experience or Run for the Hills

If you never experienced a Category 3 hurricane, one of our titles, Reduce Heat Continue to Boil, published last year, does a pretty poetic job describing the scene in real time.

The following is an excerpt of a chapter in scene featuring a Category 3 hurricane. Keep in mind, it’s Fiction. But fiction is the lie that tells the truth.

The following is excerpted from Chapter 16 & 17.

“There’s nothing else to do. It’s Chicken Little sensationalism.”

“It’s the same every year. It’s the biggest way for a network or meteorologist to make news. Hurricanes sell. They get so many clicks. They sell generators and aluminum shutters. They sell out supermarkets and Home Depots. They keep viewers glued to televisions.”

“Yeah, but, this is like forming almost right on us.”

“Know what we should do? Let’s wait till it gets really bad and go to the beach and look for television reporters. Those poor dudes who get the short end of the stick. We’ll find one from CBS or NBC and fuck with them. I’ll have a microphone. Tell them we’re doing a documentary on sensationalism in the media. I’ll ask the reporter what they think about scaring the public during a natural occurrence. The reporter will be so confused to have a microphone in his face. He’ll mumble about safety. Maybe you can video bomb the interview. Take your shirt off and show the world those perfect titties.  The whole thing will be on someone’s Tivo, we wouldn’t even need a camera. We’ll use their camera. It’ll be gonzo. It’ll go fucking viral. The weatherman, when they cut back to the studio, they’ll call us something reckless, like we’re troubled miscreants. We’ll entertain hundreds of thousands because everyone will be glued to their television. I can turn it into a short film, a meta-documentary and submit it to the Potage Festival, who knows, maybe get it into Sundance or Cannes. What a brilliant idea, babe.”

“That’s the dumbest idea I ever heard.”

“I can wear a hat that says Kill Your Television.”

“Babe, you have a business. Shouldn’t you prepare for this?”

“You’re right,” Alex popped out of bed. He opened the blinds to see a dark and wet landscape. Stumbling around, he found slippers and underwear. “Last minute hurricane party.”

Hurricane Catherine came to life with a sudden furor off the eastern coast of Cuba at approximately 2 a.m., less than forty-eight hours previously. Tropical Depression Eight formed into the Category 1 hurricane in a bizarre series of meteorological circumstances. The storm formed off of the remnants of Tropical Depression 6, which had lingered near the Bahamas for a few days but weakened due to a trough in the upper troposphere. A new tropical wave formed off of Cuba at the same time the trough weakened in the Bahamas, so a new tropical depression formed off of the old one, and alas the third named Hurricane of the season was born: a little bitch named Catherine. Hurricane Ashley and Hurricane Billy failed to cause a stir as they dissipated on that long journey from off the coast of Africa across the pond towards the Eastern seaboard and Caribbean. Catherine was a different bitch altogether. She came out of nowhere, her eye born in the warm waters north of Cuba. Anatomically, she moved extremely slowly with a west-by-northwest pace of six miles per hour. Wind gusts already clocked in at over seventy miles per hour and with the gulfstream unseasonably warm the intensity of the storm would easily reach Hurricane 2, maybe Hurricane 3, status before it hit Florida. The cone of uncertainty looked pretty fucking certain that this storm would make landfall somewhere in South Florida directly by the next evening. The effects of outer bands with tropical storm winds could be expected that very night. All the computer models projected little multi-colored spaghetti lines right at the Tri-county area. The meteorological graphic looked like a nappy headed George Clinton when he had rainbow dreads. This was some funky shit. Whether landing in Dania Beach, Lake Worth, or North Miami, the storm would undoubtedly tussle with all of South Florida, as well as Monroe County in the Keys, and even the Gulf Coast and possibly Central Florida. Catherine was an average size hurricane, with a width of about 100 miles, which meant South Florida would feel the effects the greatest. After South Florida, the storm was projected to turn east and then north heading off the coast, over Bermuda, and then likely lose its potency somewhere far off the coast of the Carolinas. Basically, Catherine had her bitchy eyes on South Florida and mainly South Florida. Residents were definitely aware of the situation but this storm’s formation was very sudden. It had been raining for awhile. Usually in South Florida a storm was tracked for days as it slowly crept towards the Caribbean and usually fell apart or altered its course. Ninety percent of the time hurricanes were anti-climactic. This little bitch was different. Hurricane warnings were already issued for all of South Florida and the Northern Keys, with Hurricane watches across the Gulf Coast.  Residents of the beaches were under mandatory evacuation and state toll roads were suspended. Schools and colleges announced closings for the following day. The financial and business sectors of the community announced closings. Basically all of South Florida would be closed. A hurricane in South Florida was very much like a snow day for Northerners.  Ninety percent of people take snow storms and Nor’easters as serious and dangerous occurrences likely to have effects for days, maybe weeks to come, the other ten choose to embrace the storm and go play in it.

Power outages seemed inevitable. Cell phone towers could fall. There’d be no internet or Wi-Fi. The food could go bad.  Lines at gas stations were around the block with the very real possibility of the area running out of fuel. People filled their cars and whatever containers. ATMs ran out of money. Whole aisles of supermarkets laid barren, stripped of water by the truckloads, and canned food. It became impossible to find a flashlight. Batteries suddenly seemed more valuable than gold. Families panicked. Are all the bases covered? What about the first aid kit? Is it adequately stocked with sterile gloves and dressings, antibiotic towels and ointments, bandages, aspirins and other non-prescription drugs? What about prescription drugs? Is everybody covered? What about scissors? Scissors? Do you have scissors? Tweezers? Eye wash? Check. Can opener? Check. Wrench to turn off utilities? Check. Whistle? Wait, a whistle? Yes, do we have a whistle? Are we refereeing a game? No sarcasm, McDougal. Sorry, hun. Antibiotics, check. Fire extinguisher, check. Pet food, check. Sleeping bags, check. Are the insurance documents in order, flood insurance? Check. Electric generator? Maybe next year, hun. What? But the Jackson’s next door have one? Well, the Jackson’s next door don’t have a seven year-old girl and a two year-old boy, now do they? Speaking of which, do we have enough baby formula? Check. What about games to keep them busy? Board games, coloring books, crayons, playing cards? Check, check, check. We need bleach and a medicine dropper in case we have to dilute our water. Great idea, McDougal. We need to do our laundry as well. Again, great idea. And you need to border up the windows! Plywood, check. Hammer and nails, check. Drill, even better. Duct tape? Of course we have duct tape. Everyone has duct tape.  Matches and candles, check. Paper supplies, plates, cups, utensils? They were all out at the supermarket and pharmacy. Damn it, McDougal! Prepare for the worst.

While the rest of South Florida scrambled like runny eggs, Alex, in a whim, decided he would host a Hurricane Party. His lackadaisical attitude was somewhat surprising to Jimena, whose own family took Hurricane preparations a lot more serious. Alex assured Jimena that their building was hurricane proof. They wouldn’t lose power. They had emergency generators, a perk that came with a maintenance bill hovering around eight hundred dollars a month. They needed to bring all the furniture and foliage from the balcony indoors and that’s it.

Hurricane Catherine made landfall in South Florida at approximately 7:30 pm as a Hurricane 3 storm carrying winds of 100 miles per hour, with gusts clocked at 120mph. Imagine being plummeted by a series of fastballs thrown by some of baseball’s strongest pitchers: Nolan Ryan, Randy Johnson, Roger Clemons, Goose Gossage, Stephan Strasburg, Justine Verlander, Bob Feller. Imagine their fastballs were everywhere and expansive like a wide cloud. These fastballs were not little tiny stitched balls but wind like the breath of God with wide dark cloud.  Imagine the cloud threw water with the same amount of speed in a counter-clockwise direction. Imagine being pounded by these fastballs for a few hours, off and on, and then on again, but with a slowly deteriorating speed, proceeded by more rain, and then a resurrection of fastball. Every object in South Florida faced these continual fastballs for five hellish hours. What a horrible day to be a tree. The tall ones most vulnerable—Gumbo Limbo, Southern Magnolia, Sand Pine, Sycamore, Laurel and Live Oak. How many limbs lost? How many roots uplifted through the cement and city streets? And what of the palms, the poor palms, whose fronds were stripped with ease, landing everywhere. Mr. Royal. Mr. Sabal, Mrs. Thatch. Mr. Loblolly Palm. How many friends did you lose? Some bent, others broke.  Poor foliage, fruit, herbs and spices.

Sharks, marlin and most large breeds of fish felt the pressure change and instinctively swam away from the trouble. Dolphins were too smart to get stuck in shallow waters or beached. Iguanas and other ground animals burrowed in their secret hiding places, little coral caves that have survived the Florida landscape for thousands of years. Most of the birds and parakeets had the instinct to migrate. Some pelicans and seagulls were blown half way to Alabama. They’ll find their way home to an environment with less trees to nest in and berries to munch on.

The city could not force residents to evacuate, unless the state or city declared martial law, which hardly happened in America’s history, and never during a hurricane, the great Chicago Fire the closest thing to a natural disaster to warrant such circumstances. Floridians were seldom rattled in the face of a hurricane. There have been so many instances when the storm just misses them, or dissipates, or changes directions at the very last moment. After years of hurricane desensitization, the logical reaction for a few was not to take to the highways and migrate under pressure, like the birds and sea animals, but the alternative, stay put.