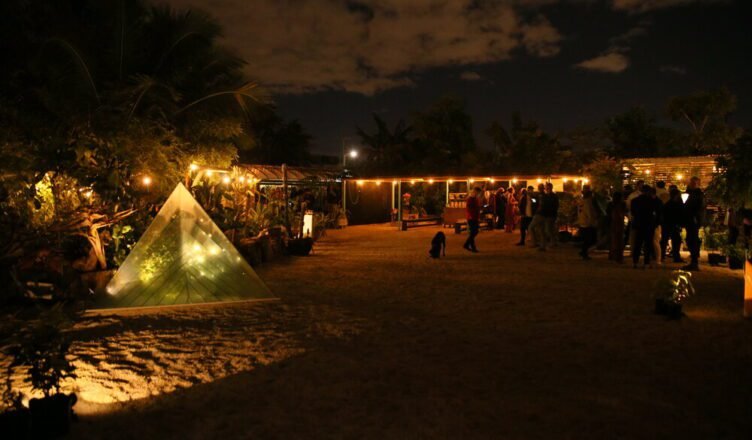 In yet another deathblow to Miami’s local scene, the Center for Subtropical Affairs closed, apparently forever. The Little River gem closed abruptly and without notice, on Tuesday.

The Center for Subtropical Affairs was one of those only-in-Miami hidden treasures. On one hand a lush nursery, on the other, an event space and food garden. This place was good vibes. They hosted hundreds of community based events during their 6 year-run, events that ran the gamut of our unique brand of Miami hip culture. From string symphony’s, to flea markets, to dance and yoga classes, to storytelling events, to music, music, music — this was definitely the coolest event space for locals.

There was a dance event planned for Tuesday, of which people showed up to find the venue closed. Oh, snap. Just like that it went down. The news of the closing was first reported on Instagram on Tuesday night.

A post shared by Center for Subtropical Affairs (@centerforsubtropicalaffairs)

As is the nature of Miami, nothing lasts forever, especially if you’re a really cool venue.

And alas, it appears the bitch-slapping hand that is Miami real estate has struck again. Sources tell The Jitney that the venue is basically under new ownership. And the new ownership, for whatever reason, doesn’t want The Center for Subtropical Affairs there.

In other words, the venue and garden will still be there. We just don’t know who will run it, or, how it will look. Knowing Miami, it’ll probably resemble something closer to The Decentralized Hubbub for Gentrified Affairs.

We just wrote an article about Churchill’s planning to re-open, but not as a live music venue. If you are counting, currently, in one of the most popular cities on the planet, we have maybe 3 venues where local bands can play.

Maybe Lagniappe, except there is no stage (there is a rug) and no one is listening to the bands (they are outside in the backyard).

That’s kind of it.

And those two awesome spaces (Gramp’s and The Anderson) host live music at the most, two to three times a week.

It’s a hard time for Miami, but we will resettle, as always. We know Casey Zap (founder of the CFSA) for many years. He’s one of the cool kids. He’ll re-brand, rebound and rebuild somewhere else. It’ll be fine. We’ll be fine. This sucks, but we’ll be fine, as always.