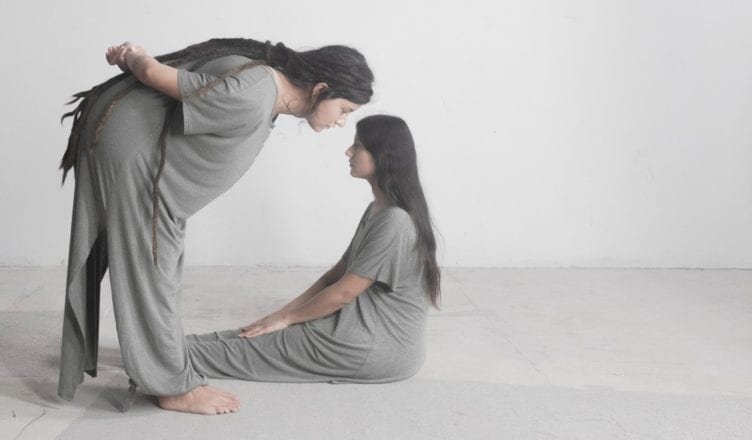 The beautiful music of a songbird is one of the most reassuring sounds in nature—a pleasing promise of normalcy and peace. It is the background of 50’s America, an era of white-picket fences and mom’s apple pie. An ad agency’s dream depiction. But the same way the burger you receive never matches the photo above the counter, the real America has never been the idyll sold on TV.

The songbird’s song isn’t what it seems and in Chance Nkosi Gomez’s Birds singing lies, the St. Lucian artist examines the duality of this reality in his first solo exhibition. Through his stylized lens, Nkosi Gomez forces the viewer to question their own reality against the backdrop of the current socio-political environment of 2018 America.

Nkosi Gomez, as stated in the press release, “manipulates negative-space, form, line, and the human figure to create a minimalist visual dialogue” and in this exhibit, guides that dialogue with his unique West Indian/Caribbean perspective. As an outsider of American politics, he brings his own nation’s nascent post-colonial history into the fold of his artistic examination.

In a recent video, Nkosi Gomez questions “…if we’re the truth then [the birds] must be singing lies.” If his work speaks to the importance of identifying the reality of reality, then it is important, now more than ever, for art to be part of the machine that lifts the veil over that which socio-political forces seek to cover and/or distort.

Specially if the song is cloyingly sweet.