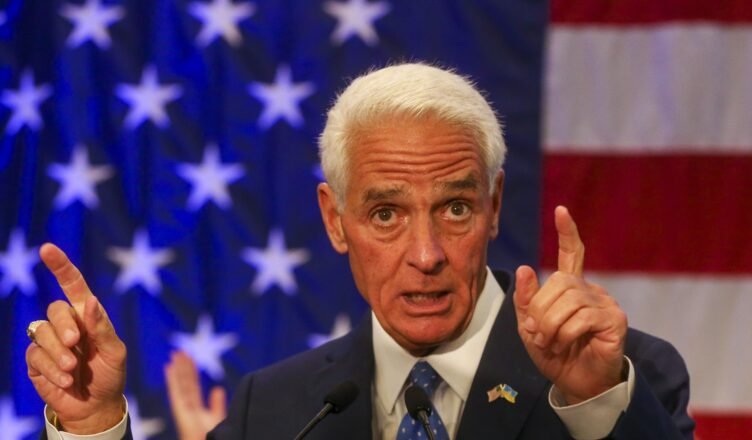 Like many of us I stopped paying attention to politics sometime around when Donald Trump got kicked off Twitter. The good guys, or rather the not as bad guys, won. Our country was fixed. Racism and COVID could now be cured and we could all sing Kumbaya  every hour on the hour.

After four years of thinking the apocalypse was mere seconds away, it was a pleasure to ignore the government for a couple years. So perhaps I only have myself to blame that I am shocked and flabbergasted that once again in a state-wide election Florida has to choose between a Republican and a former Republican for governor.

Many of you are familiar with Ron DeSantis, the current Republican governor who performs a kinder, gentler form of bullying than Donald Trump. Instead of loud tweeting insults, DeSantis likes to pick on society’s weakest in a more subtler fashion,  passing laws picking on gay kids and immigrants.  But our major party alternative to this schmuck  is a former Republican governor in Charlie Crist.

After serving as a Republican Florida state senator and attorney general, Crist was voted governor from 2007 to 2011. After losing a senate race to Marco Rubio in 2010, Crist decided to switch to the Democrats and lost the governor race to Rick Scott in 2014. Crist has risen from the dead in 2022 for yet another defeat.

At this point I’m convinced Crist’s party change was not because he thought he could win as a Democrat, but because he’s attempting to sabotage the Democrats from ever winning a state-wide office again.

I suppose the Florida Democratic Party’s idea is Crist will appeal to centrist, middle of the road voters. But have these political consultants who think that’s a good idea ever stepped foot in our state? Everything in Florida is extreme from our weather to our theme parks. No voter is going to step out of their air conditioning to vote for a milquetoast Republican lite Democratic candidate like Charlie Crist.

But who are our alternatives?

A couple other South Floridians are on the ballot.

Hector Roos is an FIU grad running as a Libertarian. Carmen Jackie Gimenez lives in Hallandale and is running as an independent. Both would be considered right wing by any standard. And unlike the Senate race the ballot does not allow you to write in the name of a preferred candidate.