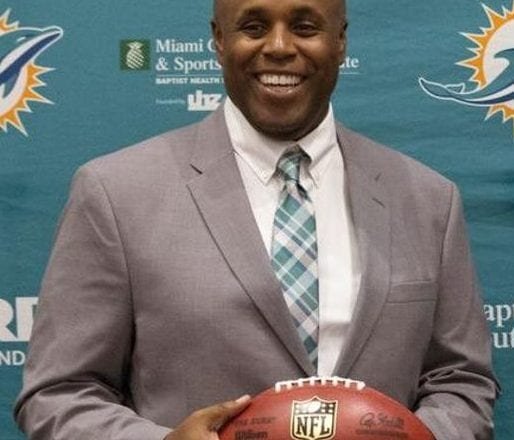 Like many sports fans since the days of Roman gladiators, I enjoy seeing others punished for my spectating disappointment. So when Miami Dolphin’s owner Stephen Ross decided to ruin coach Adam Gase and executive Mike Tannenbaum’s New Year’s Eves by canning them I was as happy as anyone. How dare they ruin my autumn Sundays with another lackluster Miami Dolphin’s season? Part of me thought firing the guys who put together the NFL’s second worst offense and fourth worst defense was too soft a punishment. They should be forced to walk naked in shame barefoot down Opa-Locka with half eaten croquetas thrown at them.

But before I allowed myself to get too happy about this bloodletting, I remembered someone would need to be in charge of my beloved Dolphins.  Surely owner Stephen Ross would conduct an exhaustive search to find the most brilliant football mind around, right? Oh, he already hired someone to be the head honcho? The new executive vice president of football operations  is someone named Chris Grier. The name sounds familiar, but I can’t really place it.

Wait, Grier was already the general manager of the Miami Dolphins for the last three years? He was part of the brain trust that traded Jay Ajayi and Jarvis Landry for 4th round picks and paid 9 million for their best defensive player  in Ndamukong Suh not to play for the Dolphins? Was he the whiz who decided ten million was the right sum for Jay Cutler to be the Dolphins’ quarterback?

Before becoming general manager it says Grier was the Dolphins’  director of college scouting from 2007-2015. So this was the genius who thought Chad Henne and Ryan Tannehill had what it took to be the Dolphins starting quarterbacks over the past wasted decade? While I’m impressed by Grier’s ability to fail upward to the point I half expected to see Grier’s previous job being the head of Enron, I have to admit I fear for the Dolphins future.

There are so many cliches that warn us about repeating mistakes,  but once again Stephen Ross has reminded of the old adage that has cursed Dolphin fans for the past decade. You can trade away players, you can fire coaches, but fans are stuck forever with a bumbling owner.