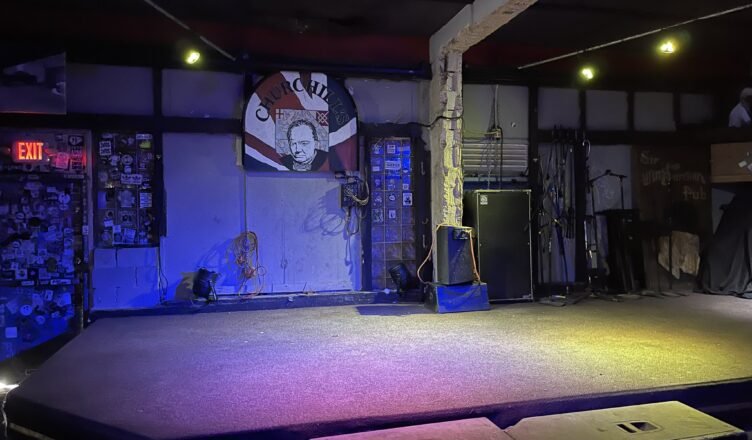 Churchill’s is one of the most legendary live music venues not only in Miami but in all of South Florida.

As many are aware, Churchill’s never reopened after the pandemic and the Little Haiti venue appeared closed forever.

At least it was reported as such.

We’ve heard from multiple sources that Churchill’s will reopen.

We don’t have an exact timeline, but it’s moving along, nor do we wish to reveal the likely new ownership group, although they’re familiar to locals. But we can confirm the plan is for Churchill’s to re-open.

Churchill’s Not a Live Music Venue?

According to sources, the logic is simple: live music is not ideal for bar owners. Live bands could be temperamental, unpredictable, late to arrive, late to close down. The sound could be wonky. And bands take up a lot of space. Also, and perhaps most importantly, when there is loud music playing, people tend to not go to the bar to spend money.

This is why so many venue owners in Miami prefer a DJ.

They are more reliable, punctual, the sound quality is smoother, and people drink more.

In Miami, right now, there are not many venues that host live music. It’s sad. Gramp’s comes to mind. Maybe Lagniappe, but one would hardly call that a stage, it’s literally a rug.

Are there more than two venues? That’s so sad.

There is the North Beach bandshell, but that venue is too big for emerging, local acts. So, nowadays, in Miami, you find local bands playing gigs at a warehouse or a brewery.

Would people go to Churchill’s if there was no live music? Probably. People in this city, especially new, transient people, or heads who like deejays, they would definitely go. There is no other venue in Little Haiti currently to drink and chill. People attend the “new” re-branded Tobacco Road, which we think will be more of what Churchill’s would look like.

Buy why can’t the new Churchill’s do what Gramps does? Have bands play early, then stay open late for the night crowd. That seems like a reasonable solution, if you are going to keep the Churchill’s name.

Only Time will Tell in Miami

We’ve heard the intention is to clean up the place and utilize the space differently.

We all could agree that the bathroom sucked dry balls.

We imagine the new venue will resemble what Bardot used to be.

Time will tell, but there are legitimate questions.

How could you open up Churchill’s and not have live music?

Can you call it Churchill’s? That’s blasphemy, no? Yeah.

How will local musicians feel about Churchill’s reopening if there’s no live music? And more importantly, will anyone care? Maybe if there is enough of a fuss, the new owners will follow the recipe of Gramps.

Hey, another day in paradise.