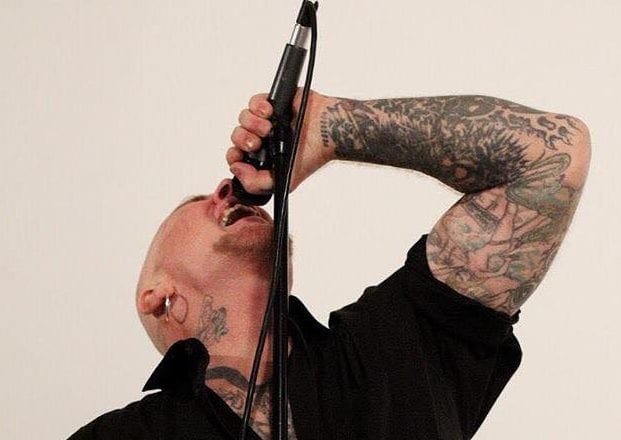 “I feel like we have some unfinished business to take care of.”

That got my attention quick. Alex Mitchell’s band, Circus of Power, which recently released a new album, Four, has plenty of unfinished business.

In the late 80’s, Circus of Power was a major part of the NYC East Village music scene. Punk had lost its way and was beginning to take on a distinctly metal edge, which turned off many punk fans. Bands such as Circus of Power, Raging Slab, Wench and Cycle Sluts from Hell, who were all influenced by punk, stepped in to shape the next phase of NYC rock and fill the void left by punk.

And fill the void they did. The Circus of Power shows at Lismar Lounge in the East Village were like  Beatles gigs in Hamburg. History was being made and everybody in attendance was keenly aware of it. Right on cue, Circus of Power was quickly signed to a recording contract with RCA records. When the first eponymously named record was released, Howard Stern told his listeners that Circus of Power was going to be bigger than Bon Jovi. The band was seemingly on a fast track to join Guns N’ Roses at the tippy top of the music food chain.

Unfortunately, that is where any comparisons to The Beatles, ends. Circus of Power never got to the top. Over the next 6 years, Circus of Power released three spectacular records and then broke up.

But that doesn’t mean Alex Mitchell ever quit, because that couldn’t be further from the truth. He’s been playing gigs at every opportunity, and earlier this year he recorded and released a CD. Shockingly (and I say this only because Circus of Power’s albums are so great) this new record stands right up with the three previously released RCA/Columbia Circus of Power albums.

“This is what I want to do until I die. If I put great stuff out, then great things will happen.” When I asked him why he didn’t just join another band, he immediately replied, “Circus of Power is the only band I ever want to play in.” It reminded me of Keith Richards, who also made it clear that The Stones were the only band he would ever play in.

Early this year, Alex recruited a line-up which included Brant Bjork of Kyuss (which later became Queens of the Stone Age) and they went into the studio with nothing more than the outlines of the songs that they wanted to record. Incredibly enough, over the course of two or three weekends, Alex and Bjorn, joined by musicians John Sharkey, Billy Tsounis, Joe Truck Kasher, Mike Villasenor, and Jason Roberts pieced together 14 very high quality songs.

Trademark, biker-rock songs such as “Fast and Easy” and “American Monster” are mixed in with more subtle works such as “Princess of Mars,” Half A Dozen Roses,” and “The Tea Song.” Nick Oliveri from Queens of the Stone Age sits in on the anthem-like “Blood At Standing Rock.” “Hard Drivin’ Sister” sounds like it could have been included on the bands highly-regarded sophomore effort, Vices. The record is Circus of Power all the way. And that says a lot.

The entire project would not have been made possible if it wasn’t for one man. Enter Damon Marzano.

Damon Marzano, only 14 or 15 years old at the time, was at those early Lismar Lounge shows, and fell in love with Circus of Power. Many, many years later, around 2007, Damon closed the record shop he owned in Connecticut and took a job in Cupertino, California to work for a tiny division of Apple called ITunes. There were only 3 or 4 employees at the time (can you imagine?) and it was Damon’s job to make sure every rock song was cataloged in the ITunes library. After noticing that one of his favorite bands, Circus of Power, was not included, he reached out to Alex to rectify that. In 2013, Damon left Apple to start a new label for Warner and ended up being very successful at it, selling millions of records. After running into Alex at a Circus of Power reunion concert in NYC, Damon asked Alex to record an album for his new record label, Noize In The Attic. With all that Apple stock money (my words, not Damon’s), Damon financed the record.

Damon and Alex’s goals are one in the same. Record another album and then go on the road to support it. Realistically, the only way to make that work financially is to go on tour as a support act for a very major group…..like a Guns N’ Roses type of band. Just imagine how cool that would be….another chance to see Circus of Power!

“Circus of Power made a lot of mistakes that didn’t allow us to fulfill our potential.”

Alex’s voice trails off a bit. “Growing up is a process. Drugs, alcohol, arguments….I wish we could go back to those early days, to the songs on that first record. That was the best Circus of Power ever was.”

In the movie City Slickers, Curly speaks of “one thing” as the secret to happiness. Alex has talked the talk and walked the walk of rock and roll for a long time and deserves to find his “one thing.”

Confession time. For those of you who don’t already know, I was one of the founding members of Circus of Power and was the drummer at those Lismar Lounge gigs. You wanna talk to me about unfinished business? I have plenty.

So, call it what you will; unfinished business….or just life. I can only hope that Alex and Circus of Power get another chance to finish what they started 30 years ago.

I will certainly be looking forward to it.