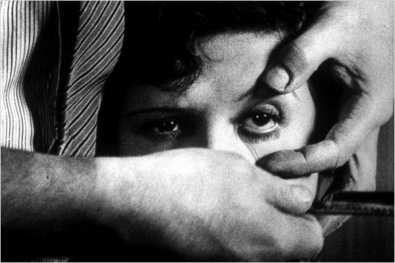 I’d heard the French director Gaspar Noe made movies that were provocative. I’d never seen the rape scene in his  Irreversible, but was aware of its notoriety. So I went into the press screening of Climax with an escape plan. If it stunk I would go see Captain Marvel.

To Climax‘s credit, I didn’t get up to see Captain Marvel.

To its discredit I really wish I had seen any generic superhero movie over this. For I will never be able to unsee the horrors bestowed upon Climax‘s characters.

What kind of a sick mind would make audiences sit through such torture?

Noe gives you a hint of what you’re in for immediately after the closing credits. This is the kind of movie that starts with the closing credits and ends with the title card. You see an old school TV showing interviews with a series of dancers. To the side of the screen are a stack of VHS copies of the artiest, avant garde horror movies from Suspiria to Un Chien Andalou.

Then Noe shows you his amazing capabilities with a camera. He presents a choreographed dance scene and then immediately goes into a shot showing the dance troupe partying that is just as remarkably choreographed. He doesn’t cut a single time as you go from one character to another as they frolic in the most care-free way.

After that remarkable shot the movie lulls you to sleep, as you go through the most tedious series of dialogue showing vacuous people partying. But then you get another series of credits and  the horror show starts. If you like Googling fatalities or watched Faces of Death  as a kid, this will be the movie for you. Even if you are that kind of a sick-o and laugh at misfortune, you will never drink sangria at a party after watching this.

Somebody spiked the punch at this dance troupe’s party and they behave in the most nightmarish way possible.  I will not spoil what happens. I will instead let this movie spoil you from ever taking another drink from a stranger. This movie makes Requiem for a Dream seem pro-drugs. I’m curious if a 94 year-old Nancy Reagan would survive Climax  or if it would just make her stronger thinking “I told them to just say no.”