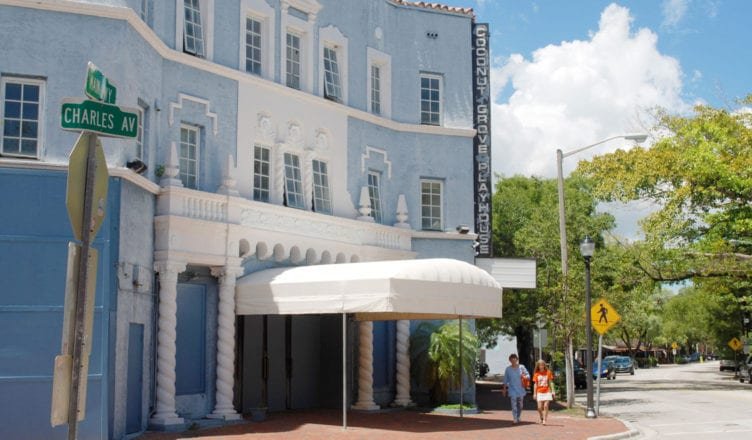 For this to happen, 4 out of 5 city of Miami Commissioners must approve the veto. The meeting is scheduled for Thursday at 9am.

UPDATE: the County of Miami might sue the City of Miami to stop the vote.

Save the Coconut Grove Playhouse

The Coconut Grove Playhouse should be rescued, revitalized and rebuilt for a plethora of reasons, the most important: it’s what the people want. And Miami’s leaders serve the people not developers.

Everyone involved in making this happen have been working for more than FIVE YEARS and the Mayor simply squashes it. Shame.

As far as we can tell, Mayor Francis Suarez would rather build a parking lot than allow this project to achieve fruition. Bad move, Mr. Mayor.

Voters will remember this. More than you might think.

Miami is sick of leaders choosing developer’s over arts projects.

This issue is nuanced and wonky but it’s not that complicated. Build the Playhouse. Reward the hard work of so many.

It’s what the people want.

Coconut Grove will see a renaissance in the next few years after Wynwood completely loses it’s appeal to locals. Give The Grove more reasons for rebirth. Don’t leave us a bitter aftertaste.

Study up on the project here and follow the Herald’s more in-depth coverage. Again, this issue is wonky, and nuanced, but everyone in leadership is making it more complicated, especially Mayor Suarez.

It’s 4th Down with zero time on the clock for the Coconut Grove Playhouse. They need support. Specifically, they need 4 out of 5 City Commissioners to override the mayor’s veto.

The easiest way to do this is to e-mail the County Commissioners and tell them to override the mayor. Here are their emails. Copy and paste, write a few words and press send. It will take 3 minutes.

Let’s give this project one final cheer from the stands!