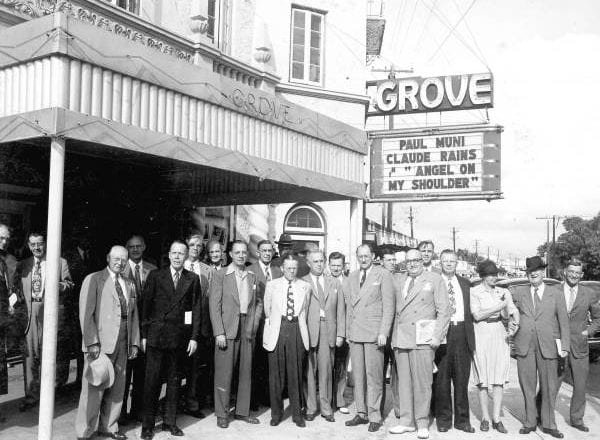 All neighborhoods in Miami have something peculiar to show and tell, but Coconut Grove is probably the most interesting. Even before Miami was established as a city, Alexander Graham Bell had already taken it as his home. Later it would be the first constituted neighborhood of Miami and the main stage of the African-American community. But the great era of the Grove were the sixties. Counterculture echoed locally at the Coconut Grove neighborhood, the birthplace of bohemian culture, folk music, poet´s coffee shops and literary gatherings.

Tennessee Williams and Samuel Beckett spent more than one season playing at the legendary Coconut Grove Playhouse. Beckett staged his masterful Waiting for Godot. The Doors played their controversial concert, where Jim Morrison yelled and gestured obscenities onstage causing his arrest and a lawsuit that marked the end of the musical group, at the Dinner Key Auditorium, demolished in 2014. From his marijuana-smoking accessories store, and under the effects of LSD, Michael Lang devised and conceived the Miami Pop Festival, with Jimi Hendrix and Frank Zappa as guests. After a year, he moved out of town and turned it into the greatest music festival of all time, Woodstock.

The bohemian-neighborhood air dominated Coconut Grove for a couple of decades, and even Bob Marley and Bob Dylan were seen there. But it is common knowledge that the eighties and the Cocaine Cowboys overshadowed it all Coconut Grove was not exempt of this chaos, especially the Mutiny Hotel which was the first spot of the Cocaine Cowboys. Then, in the nineties, they inaugurated the CocoWalk mall and trendy restaurants. The artists packed up their belongings and closed their ateliers.

Come with your camera Sunday, February 24 from 8:30 am to 5 pm to  561 NW 32nd St. 33127 for A Photographic Tour guided by Roberto Mata and Pedro Medina León inspired in the book TOUR: A Journey through Miami’s Culture, by Medina León. The full day photography and history  class held in Spanish and English costs $100. For more information call 786-609-5197. 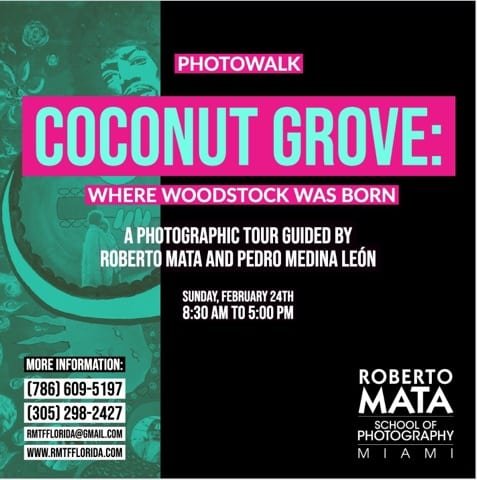 Pedro Medina León is the author of TOUR: A Journey Through Miami’s Culture.