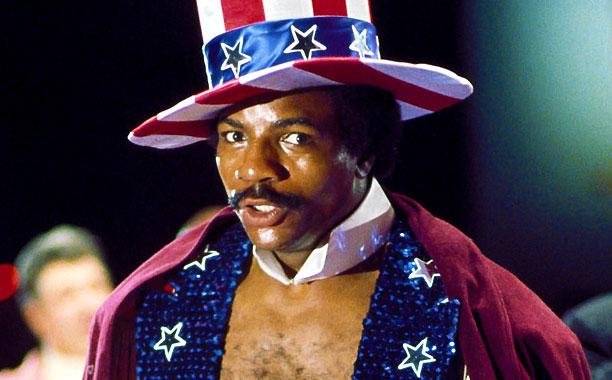 For many people, Rocky is their Star Wars, a movie that captured their hearts growing up. For me, Star Wars is my Star Wars. I’m more of a casual acquaintance of Sylvester Stallone’s long running boxing franchise. Still, Creed, the spin-off and continuation of that series, impressed me, and I looked forward to its sequel. Creed II, it turns out, is a perfectly ok continuation. As a fan of the series, you should get your money’s worth. But it’s a great example of the law of diminishing returns.

Creed II continues the story of Adonis Creed, the son of Apollo Creed, deceased rival/best friend of Rocky Balboa from the seemingly hundreds of Rocky movies. Adonis’ life is going great; he’s still boxing, fighting for the world championship title in the film’s opening match; Rocky is still his coach, Bianca  still his girlfriend. But a specter from the past comes into their lives: Ivan Drago, the Russian boxer whose ruthlessness killed Apollo in the ring thirty years prior in the events of Rocky IV. Eventually vanquished in the ring by Rocky in a follow-up bout, a shamed Ivan has been living in obscurity, raising his son, Viktor, to be a vicious boxer himself. Drago wants payback, redemption for the humiliating defeat he suffered at Rocky’s hands all those years ago. He aims to get it through his son, who challenges Adonis to a boxing match for the ages, as the next generation grapples with shared tragedy.

Creed II is not that different from its predecessor, but somehow it’s still not as good. Part of the problem is its case of the “little mores.” It’s a little more contrived, Adonis a little more sulky (at one point he says, “Daddy’s being a bitch.” Yup. I agreed), Rocky a little more of a cartoon. None of it’s awful, but those littles add up, and by the end, unbalance the film.

With the connections to Rocky IV, callbacks abound again, continuing the fan service so prominent in Creed. Many are pleasing, some even surprising. It’s great to see Rocky and Drago, the ultimate rivals, meeting once more, 30 years later, both men ravaged by age. I liked the awkwardness of their interaction, the resentment simmering underneath Ivan, Rocky’s weary attempts to let the past stay there.

Sylvester Stallone has returned to scripting duties this time around, and his script is ok. The humorous interplay between Rocky and Adonis finds its way into the sequel, but the movie’s just not as much fun. There’s more moping this time around, with Adonis questioning himself endlessly, something admirably missing from Creed. And in general it’s more of a slog than its predecessor. Creed’s ending featured a powerful moment where Adonis revealed in one clean, concise line why he’s pushing himself so hard. That fleetness is missing here. The dialogue isn’t painful, per se, but there’s just too much of it. What could be made clear in a few words, or in a look, is often over-explained, which painfully draws the movie out. When the original Creed ended, I was pumped, energized, ready to take on the world. I walked out of Creed II tired and exhausted.

Creed II suffers in comparison to the original, but it has its moments. If you’re a fan of the series, especially if you have a special place in your heart for Rocky IV, there’s some great stuff for you here. It’s great to see Dolph Lundgren again, and the way Ivan and Viktor’s story plays out in the periphery is moving; it’s also nimbler and less exhausting than Creed’s story. Also, it’s nice that they speak in Russian to each other when alone, rather than a heavily accented English. That being said, even though I don’t speak the language, even I could tell that Lundgren had a heavy accent. And the now expected training sequence hits the right cheesy notes fans have come to expect. And if you missed the iconic “Rocky” theme in Creed…well, you’ll see.

I didn’t see Creed until the night before I saw the sequel. I’m glad I finally caught up with it because I really enjoyed the film. On the other hand, seeing the two movies so close together made the flaws of the sequel stand out more, and, to be honest, I was a little Creeded out by the time I reached the sequel’s mid-point. It has its moments, but, overcome with boxing-itis or not, I have the suspicion that Creed II is strictly for the fans.