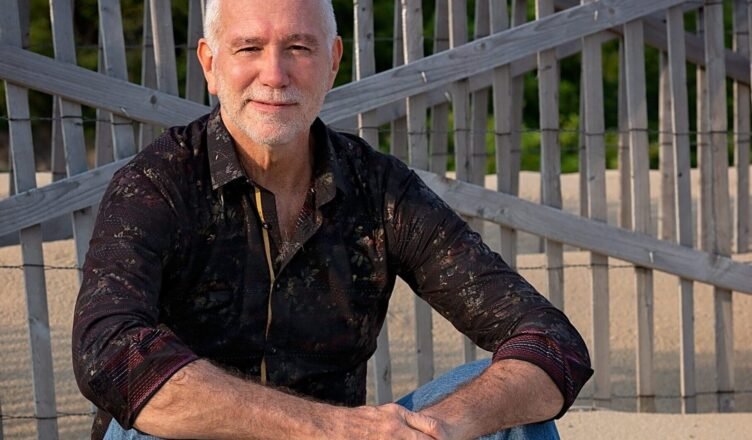 Released over the past five years, a pair of solo albums from South Florida-based piano virtuoso Dan Chadburn — Love Themes For Solo Piano (2019) and Held In The Light (2017) — were critically-acclaimed masterpieces of solo piano. Arriving in 2022, Dan’s long-awaited return to the recording world, Always is his ninth solo album. From start to finish there’s much to discover here. Although Dan’s music is often described as introspective, it is, although from a relaxed vantage point that offers listeners feelings of deep personal reflection and expectation for a brighter day through the miracle of music.

Speaking about the inferences behind the music on Always, Dan explains, “In recording Always, I wanted to create a collection of pieces for solo piano that celebrates the unfailing resilience of the human spirit, the steadfast courage of the human heart, the eternal existence and mystery of the human soul, and the remarkable, spiritual synchronicity of them all”. Highlights of Always are overflowing, including the album’s lead-off title track. Dan Chadburn’s gift for blending melodic piano concepts with improvisational ideas comes clearly into focus on Always.


Further expounding on his unique piano approach to combining melodies and improvisation on his 2022 album, Dan told mwe3.com, “Two of the pieces, ‘Always’ and ‘Final Curtain’ were created as improvisations in concert settings and remain largely unedited from their creations, although both were subsequently transcribed and then re-recorded in the studio for release on the album. ‘Always’ was created in concert on February 29th, 2020 at a Leadership Conference in Carlsbad, California, for a gentleman in the audience as a tribute to his mother who had died 3 weeks prior. The other is the final track on the album, ‘Final Curtain,’ first created in concert in Florence, Oregon on August 24th, 2019.”

Expressing a personal connection to another heartfelt track on Always, Dan reveals that “Sacred Breath” was an improvisation recorded at Piano Haven on April 13th, 2022, and went directly onto the album. Dan adds, “As I played it, I remembered sitting with my Mom in the hospital in 2019, and watching her take some of her last breaths as she began her transition onward. To witness such sacred breath was both profoundly beautiful and sad at the same time.”

It’s also remarkable to note that several Always tracks, including “Uncertainty” and “The Wishing Well,” were composed in 2020 while Dan was recovering from Covid.

Comparable in excellence to 2017’s Held In The Light, Always delivers a dozen new Chadburn performances, all originals, the sole exception being Dan’s cover of the time-honored classic “O Shenandoah”, a traditional American folk song that actually dates back to the mid 1800’s. On Always, Dan renews “O Shenandoah” and makes it his own with an authentic stamp of piano-esque genius.

Long-time listeners and enthusiasts of Dan Chadburn’s earlier albums will find much to like about Always. Featured on digital and streaming services worldwide, Always is also available on compact disc through Dan’s website, while for completists Dan is also offering the sheet music book for Always, also obtainable through his website.