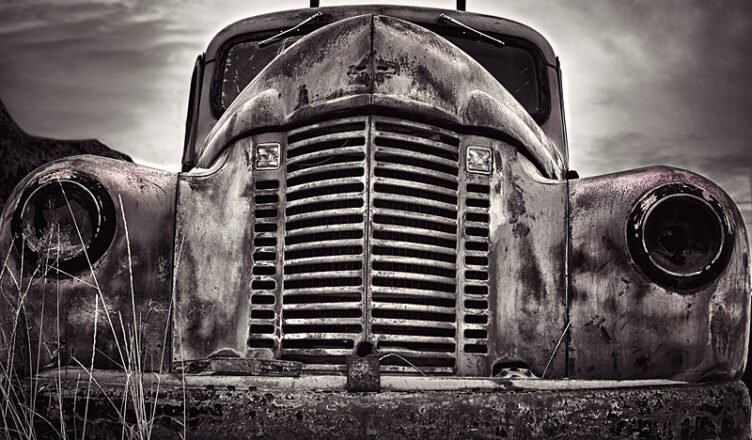 The folks at Nikon knew they had a hit on their hands back in 1986 soon after they released the N2020, their first foray into an emerging market for point-and-shoot autofocus 35mm film cameras. They might also be thrilled to learn of the impact they had on one young man growing up in an old, photogenic stretch of Florida.

Photographer Daniel Newcomb credits his father for sparking his picture-taking dreams by first acquiring the N2020 through a work-points rewards system and then installing a dark room in the laundry room at home. It was all uphill from there for this successful architecture photographer and artist. In a new exhibit, Downtown Dreams,” at The Peach art space in West Palm Beach, Newcomb shows his blend of film and digital photography in a series of images of city cores that inspire him aesthetically while reflecting elements of his commercial work.

“My commercial photography is similar to the art side in that, in my work, I create for interior designers, architects and hospitality companies,” Newcomb said. “I basically make photographic art of another artist’s interpretation of space.”

Realizing clients’ vision comes with the added perk of travel, which provides his artistic eye with plenty of locations to photograph. Reminiscing on the Norman Rockwell feel of the Ft. Myers of his youth, Newcomb credits a steady diet of American travel writers oft-associated with/and influencing the Beat Generation. Steinbeck, Bukowski, Kerouac,  and Fante, among others. Newcomb’s art recalls the poignant observations of a fading sense of community captured in Ben Katchor’s long-running comic, “Julius Knipl, Real Estate Photographer.”

Recalling the Ft. Myers of the 70’s, Newcomb points to the apocalyptical abandonment of his community as his coup de théâtre. “I fell in love with the old hotels, theaters, bars, and department stores that were being lost to developers that had too much stucco in their buckets,” he said. “In America we don’t value architectural time periods and cover them up with bad facelifts.”

Alongside his mission to document as much as he can of a fading America, Newcomb has undertaken another hobby — raising honeybees — and given it a historic focus: He and his son turn the fruits of their apiaries into mead, an ancient beverage made from fermented honey. Newcomb says he dreams of “retiring” with a combo mead/cider house and art gallery. In the meantime, attendees to his art exhibits can sample his homemade meads.