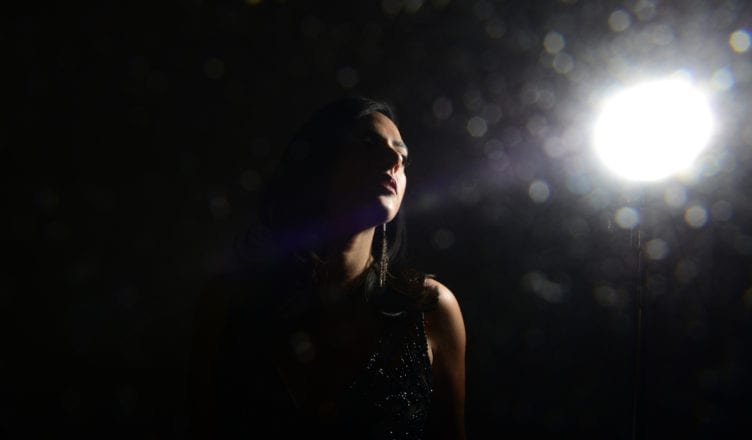 Daniela Mack understands why people are intimidated to attend an opera.

But the mezzo soprano who will be performing in Werther at the Arsht Center from April 27-May 5 believes one opera performance can seduce the biggest skeptic to the art form. “Opera encompasses so many aspects of humanity, You have costumes, lighting, full orchestra, humans singing at full power with no microphone, and the stories. Opera can be life changing. The human voice has the power to touch anybody even if they don’t understand the language.”

The Argentine born, Houston raised Mack was nudged toward opera at a young age. “My father was a lover of classical music. As a kid I couldn’t be unhappier about that,” she laughed.

At 15 Mack’s piano teacher realized she had pipes and started incorporating singing into her piano lessons. She went to college  at LSU studying vocal performance. “As a singer you have to always be a student. The human voice changes with the weather, your health, hormonal changes. I still take lessons with a teacher as a maintenance routine.”

Mack is excited to perform in Werther  for six performances with Florida Grand Opera. She describes her part of Charlotte as a bucket list role for someone in her vocal range. “Werther has one of the most gorgeous scores. I assisted directed it years ago when I was too young to play Charlotte. It’s a heartbreaking story. A poet falls in love with a young woman. He escorts her to a dance and they have a deep, soulmate connection. But she is engaged to another man that she promised her mother on her deathbed that she would marry.”

Werther is performed in French. Other operas that Mack has performed in have been in Italian, German, English, and Czech, a language Mack doesn’t even speak, but had to be coached in pronunciation. She knows language is a barrier keeping people from attending opera, but wants to remind everyone the venue has supertitles (subtitles above the stage translating the words into English).  She would love to one day do a Zarzuela, operas from Spain, that Miami’s Spanish speaking community might feel is more accessible.

But she believes Werther to be a powerful and intoxicating introduction for the opera newbie. “This is a wonderful thing to experience with an open mind.”