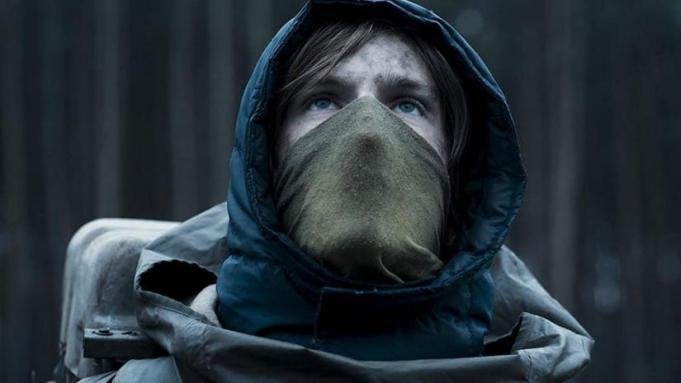 I have a dilemma. I want you to watch Dark, the German show that’s steadily built a cult following on Netflix. With the third, and final, season dropping June 27 (an important date in the show’s increasingly labyrinthine mythology), now’s a great time to get into it. But how do I get you to watch Dark if a major part of its appeal is going into it cold? Laying out the show’s premise is like talking about Fight Club when you damn well know what the first rule of Fight Club is.

So, I’m gonna do some fancy Billy Flynn tap dancing around the show’s setup. Pardon my nebulousness.

First thing to know about Dark is that it’s, um, kinda dark. Truth in advertising. But I’ll get back to that.

At its heart, it’s a drama about the interlocking fates and twisted pasts of four families in Winden, a town small enough that everybody knows everybody’s business, but big enough to house a nuclear power plant. Get to know the names of those four families: Kahnwald, Nielsen, Doppler, and Tiedemann, because the show’s got a sprawling cast and it expects you to keep up with who is whom. Don’t worry. They say their names enough times that you’ll catch on. And even if, by season 2, you still have to pause the show every now and then and go, “who’s that again?” That’s fine. You’ll be in good company.

I know, sounds like Eastenders, but notice that power plant. There’s something weird about that plant, and something weird about Winden itself. Think Hawkins from Stranger Things but don’t. The two shows have understandably been compared before, you’ll know why after the second episode, but they’re different animals entirely. It’s more like Lost but not exactly. Dark seems to have a plan. Seems to be building to an actual conclusion.

Like Lost, this is a mystery box show with a sprawling mythology.

It expands well beyond what you might expect. The first season’s ending left me slack jawed. “Did they really go there?”

And it just keeps going.

It does stay surprisingly grounded in its first season, though. Weird things happen, sure, but you focus on the characters and their myriad dramas. All the while, it’s winding up for the big pitch, setting the stage. To continue mixing analogies, watching the show is like being a frog that doesn’t realize the water is boiling until it’s too late. Dark immerses you in its story oh so slowly, but it keeps building before finally plunging you headfirst into genre territory. I won’t reveal which genre, exactly. That’s for you to figure out.

Some might find that wind up too slow. I know I got mighty sick of seeing shots of a cave filled with radioactive waste, characters walking suspiciously through the stacks of yellow drums emblazoned with that distinct trefoil warning, only to get to a door—wait a minute, this show has an obsession with the number 3, and I just realized, the trefoil has a distinct three-ness to it. Cool—oh, where was I? Right. They get to a mysterious door, tensions heighten, eerie music gets louder—y’know, I should mention, Dark is one of those shows packed with symbolism and clues embedded in its mise en scène, pay attention, for example, every time  you hear a stop watch click—whoops. Sorry. The radioactive waste. The door. You want to know what’s up with that. So did I. Well just as they get to the door—don’t you hate it when shows don’t get to the point and keep cutting away from the good stuff?—I think you get where I’m going with this. It takes a while before the answers come, and some of the delays can be annoying, but so far, the answers have at least been coming at a steady pace, even if it takes a while before they arrive.

But most of the time, I enjoyed that relaxed pace. Luxuriated in it, even. Though, that’s kinds hard to do since, while the pacing may be relaxed, the show’s atmosphere is anything but. It’s a beautifully shot series, with its slow, crisp cinematography and gliding, establishing shots of woods and that blasted cave, often bathed in rain. But boy that beauty is tempered by an impending sense of doom, driven home by Ben Frost’s original soundtrack that is equal parts creepy industrial drone and humbly buoyant synths. (Each episode ends with an original song, usually sung in English by a non-native speaker. The accents can be distracting, but the music itself is often moving).

Germans are stereotyped as humorless and Dark does nothing to dispel that notion.

I could count on my hand (notice, hand singular) how many times characters smiled on the show, and it wasn’t until about halfway through season 1 that the show gave us its first joke, which was as an unexpected as when that “dead” guy coughed in Seven, a movie whose tone and atmosphere clearly inspired this show (among many other inspirations).

But the characters have good reason for not smiling. People, mostly kids, keep disappearing, and their dead bodies pop up randomly. It’s not a particularly violent show, at least not on camera. But you do see the aftereffects of mysterious violence. Dark does not shy away from showing those dead kids in detail.

But there’s a reason for that and it ties into the show’s mysteries. Nothing here is gratuitous. So while it can be oppressive to watch, there’s much more to it than misery, even if it doesn’t seem like it at first. And there’s this odd thing underlying the whole show, what’s it called again? Oh, right, hope. Yes, there is hope. Fleeting glimpses, a sense of actual love between some of the characters betray those glum expressions. There is a sense that maybe, just maybe, this unending knot of a mystery at the show’s core, which keep getting tighter and tighter, can somehow be untied.

Despite twisting my stomach into knots, or maybe, perversely, because of it, I’m enjoying the ride and can’t wait to see if Dark’s proverbial shoelaces can be undone in its third, and final, season.